Cats are being boiled alive for their fur in China, says animal activist group

The post made by non-profit organisation Anti-Fur Society on Dec 1 was no adorable cat meme. Instead, it was a sobering look into the horrific plight of cats in China's meat and fur industry.

Stray cats and pets are often abducted by "cat thugs" who "grab all the cats they can", Anti-Fur Society said.

The animals are then sold to butchers who boil them alive and skin them in order to turn their fur into shoes, gloves and purses.

The post, which has over 127,000 shares at the time of writing, includes graphic images of cat pelts laid out on the ground, rows of cooked cats being hung up for sale and cages crammed full of animals.

Anti-Fur Society also appealed for donations to aid its cat sterilisation efforts and called for greater awareness on the importance of spaying and neutering in order to reduce the supply of cats in the industry. 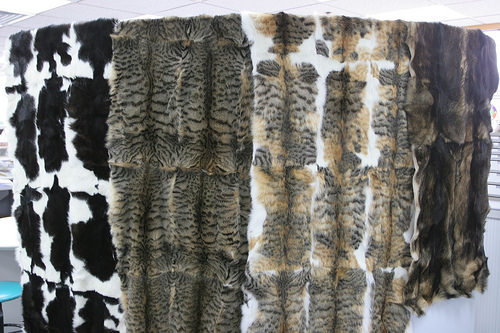 Many commenters were outraged by the cruelty and called for the boycott of all fur and leather products. 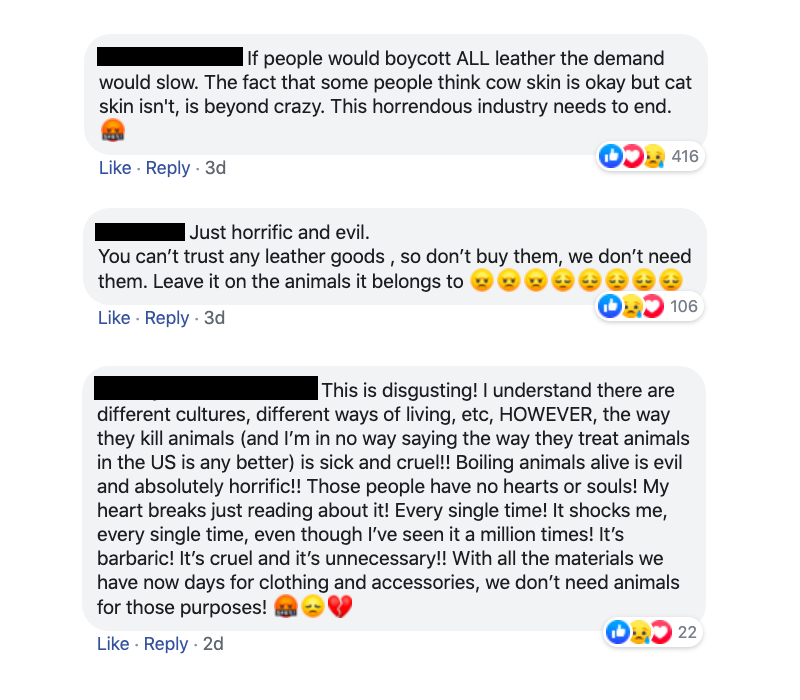 While the issue may be gaining prominence now, similar practices have been going on for years in China, which has no law against animal cruelty.

China has also made headlines for a variety of animal rights abuses, including selling live animals in keychains, selling cat meat as rabbit meat and pushing on with the annual Yulin dog meat festival despite international outcry.

A Peta investigation into a Chinese fur market in 2005 revealed that dogs and cats were packed into cages and thrown around.

Before being skinned, the animals were pulled out of their cages and beaten up. However, many of them remained alive and would struggle while they were skinned.

Now, not much has changed.

China is still the biggest producer and consumer of fur in the world, according to an ACTAsia report published in July.

This is in large part due to the low costs of producing fur there since fur farms are allowed to operate under compromised animal welfare and environmental standards without any penalties.

While industry standards and guidelines exist, such as the Specification for Leather and Fur Market Management, which was introduced by China's Ministry of Commerce in 2011, these measures have little effect as they are not mandatory, nor are they enforced.

And the problem extends far beyond China — cat and dog fur is often mislabeled as fur from other species and exported to other countries such as the United States, said Peta.

But the tide may be turning.

There are now over 200 registered organisations in China advocating for animal welfare and wildlife protection, up from just one in 1992, according to a National Geographic report.

#animal abuse #animal welfare #Cats #In Case You Missed It