Malaysian police had earlier said that Low could be hiding in Macau.

KUALA LUMPUR - China on Wednesday (July 29) denied protecting fugitive financier Low Taek Jho, who is being sought by global investigators over his role in the multibillion-dollar 1MDB scandal.

Low, popularly known as Jho Low, has been charged in Malaysia and the United States over allegations that he orchestrated the theft of US$4.5 billion (S$6.2 billion) from state fund 1Malaysia Development Berhad (1MDB), co-founded by former prime minister Najib Razak in 2009. Low has consistently denied wrongdoing.

Malaysian national police chief Abdul Hamid Bador was reported by newspaper Utusan Malaysia as saying that Low was hiding in Macau and that attempts to extradite him had failed as the Chinese authorities "appeared insincere" in their efforts to cooperate.

Chinese authorities rejected the accusations as "groundless and unacceptable", saying that police had investigated all possible leads but were unable to trace Low. 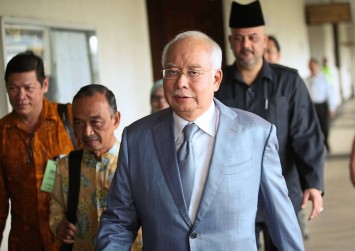 "The position of the Chinese government on combating crime is consistent and clear-cut," the Chinese embassy in Kuala Lumpur said in a statement.

"China does not and will never shelter foreign criminals."

The embassy added that China would continue to give support and assistance to Malaysia in its investigations.

A spokesman for Low did not immediately respond to an e-mailed request for comment. He previously said Low had been offered asylum in an unidentified country.

At least six countries have opened money laundering and graft investigations into 1MDB.

On Tuesday, Najib was sentenced to 12 years' jail and nearly US$50 million in fines for illegally receiving U$10 million from a former 1MDB unit.