The fund will be used to support biodiversity protection efforts in developing countries.

He welcomed other parties' contributions to the Kunming Biodiversity Fund.

Experts have been warning that China's efforts to conserve biodiversity at home have not been matched by efforts to clean up its global supply chains or embark on sustainable investments overseas. 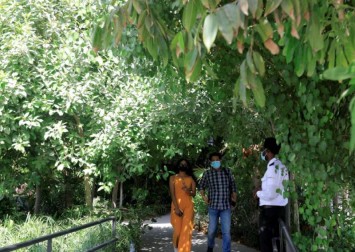 "COP15 needs to see donor countries from the developed world contributing in this regard," he said.

Experts have said it will take an estimated US$1 trillion (S$1.4 trillion) a year to build sustainable supply chains and help countries protect nature in other ways - far more than the $150 billion spent on such action in 2019.

President Xi said China's contribution to the Kunming Biodiversity Fund would start at 1.5 billion yuan and that other parties' contributions were welcome.

He further announced a plan to consolidate a national parks system in China, the first batch of which would bring a land area of 230,000 square km under protection.

This area is home to nearly 30 per cent of the key terrestrial wildlife species found in the country, Xi said.