The ministry "firmly opposes the baby gene-editing incident and has already demanded that the relevant organisation suspend the scientific activities of relevant personnel," a ministry official said, according to state broadcaster CCTV. 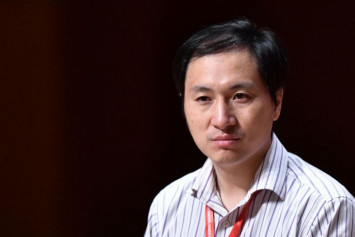 The experiment, which was led by Chinese scientist He Jiankui, claims to have altered the DNA of twin girls born a few weeks ago to prevent them from contracting HIV.

The National Health Commission is investigating the claims.

The experiment "seriously violates" China's laws, regulations, and ethical standards if it indeed occurred as reported by media," said Zeng Yixin, vice minister of the National Health Commission, in an interview with CCTV published on its website Thursday.

He's experiment has also prompted criticism from the international and domestic scientific community, with some denouncing it as premature and dangerous.