State media previously reported the case as involving a young girl who died in late 2015 after turning to a treatment made by Quanjian.

SHANGHAI - The authorities in China are investigating a traditional Chinese medicine (TCM) firm linked to the death of a young girl with cancer, after the case was rekindled online and reignited widespread anger over perceived failings in healthcare.

An official at the Tianjin office of a food and drug safety regulator told Reuters that Quanjian Group was under investigation, with allegations including false marketing.

"We have already got involved and launched an investigation," said the official at the Market and Quality Supervision Commission of Wuqing District in Tianjin.

State media previously reported the case as involving a young girl who died in late 2015 after turning to a treatment made by Quanjian. 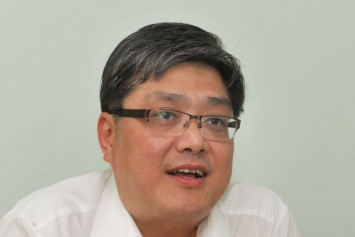 However, on Tuesday, a related article published on healthcare platform DXY.cn sent the case viral, with one thread on microblog Sina Weibo being read 180 million times.

The DXY article said Quanjian used misleading advertising to attract patients with claims about its treatments.

Quanjian Group did not respond to Reuters' phoned and e-mailed requests for comment on Thursday (Dec 27).

In a social media post, it said the DXY article was inaccurate and that the healthcare firm would take legal steps to protect its rights.

The firm also said in the post that a local court had previously ruled against complaints made by the girl's father in 2015.

China's food and drug regulator did not respond to a faxed request for comment.

The furore underscores sensitivities regarding healthcare in a country where often poorly run private hospitals, a lack of doctors, misleading advertising of "miracle cures" and corruption have long stoked patient anger.

The case also has echoes of an incident in 2016 when the death of a student drew attention to misleading advertising after he used search engine Baidu to look for treatment for his rare form of cancer.

That prompted a major probe into healthcare advertising and led to a drop in Baidu's earnings.