China says has given $2.8b of debt relief to poor countries

Chinese Finance Minister Liu Kun attends a news conference on China's economic development ahead of the 70th anniversary of its founding, in Beijing, China, on September 24, 2019.

BEIJING - China has extended debt relief to developing countries worth a combined $2.1 billion (S$2.8 billion) under the G20 framework, the highest among the group’s members in terms of the amount deferred, the country’s Finance Minister Liu Kun said on Friday.

Liu’s comments come as African countries, hammered by the Covid-19 pandemic, face another debt crisis, and will need more long-term help than the latest G20 Debt Service Suspension Initiative (DSSI) offers them to ward off trouble ahead and keep much-needed investments coming in.

The China International Development Cooperation Agency, the country’s aid agency, and the Export-Import Bank of China, the official bilateral creditors, have suspended debt service payments from 23 countries, worth a total of $1.353 billion, Liu said in a statement on the ministry’s website.

The China Development Bank, as a commercial creditor, signed agreements with developing countries involving $748 million by the end of September, said Liu.

However, that is tiny compared with the debt developing countries owe China. The poorest countries’ official bilateral debt to G20 countries reached $178 billion in 2019, with 63 per cent of the total owed to China, a World Bank study showed.

A third of the $30.5 billion of public debt service payments due in 2021 by DSSI-eligible sub-Saharan African nations is owed to official Chinese creditors while a further 10 per cent is linked to the China Development Bank, according to the Institute of International Finance. 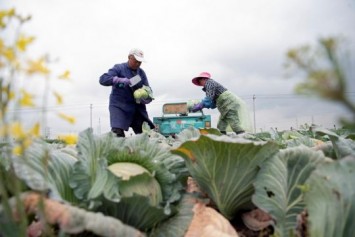 The United States, China and other G20 countries have offered the world’s poorest countries - many of which are in Africa - relief until at least mid-2021 and will decide if another six months of extension is needed in April next year.

Liu said China was willing to step up financial help for developing countries and more support will be given to those hardest hit by the pandemic and under heavy stress, and it will also prioritise Covid-19 vaccine supply to poor economies.

China will also consider making donations to a multilateral debt relief facility if the World Bank decides to set one up, Liu said.