China signals crackdown on privacy, data, anti-trust to go on

The announcement signals that a crackdown on industry with regard to privacy, data management, antitrust, and other issues will persist on through the year.

The Chinese Communist Party and the government said in a blueprint for the five years to 2025, published by the state-run Xinhua news agency, that they would also improve legislation around public health by amending the infectious disease law and the "frontier health and quarantine law".

China is working for a return to normal after the coronavirus pandemic, which emerged in its Wuhan city in late 2019.

Authorities will aim to develop laws consistent with new sectors such as the digital economy, internet finance, artificial intelligence, big data, cloud computing, they said, adding that they would also improve the response to emergencies.

They additionally laid out directives for the prevention and resolution of social conflicts and reiterated an order for officials to "nip conflicts in the bud".

Better legislation for areas including education, race and religion and biosecurity was also on the cards, they said.

The government has in recent months reined in tech giants with anti-monopoly or data security rules and clamped down on tutoring companies, as the state increases its control of the economy and society. 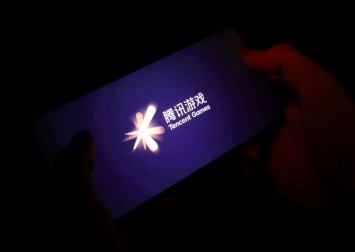 On Thursday, state-media outlet the Securities Times reported that banking regulators would step up scrutiny of online insurance companies in an effort to "purify the market environment" and "protect the legal interests of consumers".

Authorities used a law aimed at responding to foreign sanctions for the first time last month to sanction former US Commerce Secretary Wilbur Ross and imposed a national security law on the special region of Hong Kong last year, employing legal means to protect interests beyond the mainland border.

The party and the government also asserted that a "rule of law government" must follow the leadership of the party.

President Xi Jinping has made "rule of law governance" a signature of his rule, which will be extended if, as expected, he seeks a third term next year.