One father in China had resigned himself to the fact that his son's 20-day fever was not getting better. Then came the plot twist: it was the thermometer that was wrong all along.

The three-year-old boy has been warded at Zhejiang Mingzhou Rehabilitation Hospital with a persistent “fever” since Dec 8. His father, identified only as Jiang, finally discovered that the hospital’s thermometer was inaccurate on Dec 27, reported local media.

The child’s ordeal began in August, when he was diagnosed with a bacterial infection in his lungs.

After shuttling between different hospitals for months, he finally appeared to be in stable condition when he was transferred to the hospital in Zhejiang on Dec 5 — or so his family thought.

Just three days later, they were told that the boy was suffering from a fever.

This was particularly alarming as doctors had previously told them that a fever could prove fatal in the boy’s condition.

But Jiang grew suspicious when it became apparent that something was not adding up.

For one, the child’s temperature readings remained high over 20 days but computed tomography (CT) scans and blood tests indicated that everything else was normal.

His son also appeared to be lively and in good spirits despite the high temperature readings.

Furthermore, none of the treatments or medication prescribed had any effect on bringing down his son’s temperature.

“It was as if the injections he was receiving were going into someone else’s body. It did not help at all,” Jiang told reporters from Xiao Qiang Hotline.

He also noticed that the high temperatures seemed to be recorded only on his son’s mercury thermometer.

At Zhejiang Mingzhou Rehabilitation Hospital, each patient is issued their own mercury thermometer.

“The nurse would occasionally use a digital thermometer on his forehead or ear when she was checking on him. The readings would be normal — slightly higher than 37 degrees Celsius,” he said.

However, according to Jiang, the nurses did not appear concerned by the inconsistency and continued to report that the boy had a fever based on his rectal temperature readings from the mercury thermometer.

On Dec 27, Jiang took matters into his own hands and asked the nurse for a new thermometer.

Testing his son’s temperature with both thermometers, he could not believe his eyes. 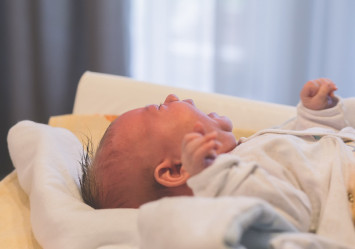 A fever is defined as a body temperature above 38 degrees Celsius, according to MedicineNet.

Measuring his son’s temperature again — this time in the presence of the hospital’s department head — the faulty thermometer gave a reading that was 1.1 degrees Celsius higher than the new one, Jiang said.

Not only had he been worried over nothing, his son had also run up a hospital bill of about 50,000 yuan (S$9,748), and had been given injections and various medications that he did not need.

The hospital initially denied Jiang’s accusations of a misdiagnosis, chalking up the inconsistencies in the boy’s temperature to the readings being taken from different parts of the body.

The head nurse also claimed that she had personally taken the boy’s rectal temperature and stood by the diagnosis of a fever.

When Jiang asked for the records of his son’s temperature readings to verify if this was true, the hospital refused to comply.

The local health department has since stepped in to investigate the matter.

Initial investigations refuted the hospital's claims and show that the thermometer in question was indeed inaccurate, a spokesperson for the health department told BJ news on Jan 8.

The hospital is discussing compensation with the boy’s family, they added.

The boy is currently still warded and recovering from his earlier lung infection.

#china #Medical negligence #Health and Wellbeing #In Case You Missed It