BEIJING - A rural Chinese government official who did not respond to telephone calls from an anti-graft inspection team while he was in the shower one evening has been reprimanded, state media said on Thursday.

The inspection team in the eastern province of Anhui called the rural roads official on his mobile telephone four times between 7:31 p.m. and 7:35 p.m., to check on poverty alleviation efforts, state media said.

But his failure to answer the telephone has hurt the county's efforts to battle poverty, they added, citing a circular on the website of the local anti-graft watchdog.

China, which aims to wipe out poverty by the end of the decade, wants to cut the number of its rural poor by more than 10 million this year, including 2.8 million who are to be shifted from "inhospitable areas".

The official, who has received a warning, told state media he was unable to respond as he was in the shower after a post-dinner walk, and there was no answer when he tried calling back. 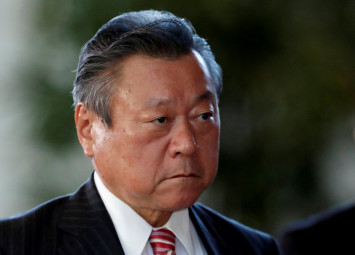 "Winning the fight against poverty and fighting hard is the solemn commitment of our party to the people of the whole country," the local anti-corruption body said.

"It is a political task that must be completed. Party members and cadres on the front line must learn from this case."

Poverty is one of "three tough battles", including pollution and financial risks, that China says need to be won.

The case of the bathing official elicited a wave of sympathy on Chinese social media.

"This is over-correcting," wrote a social media user on China's popular Twitter-like Weibo. "Let's not take the shower from now on if we don't get the permission of CCDI (the anti-corruption watchdog)."

Another social media user said government officials should use waterproof mobile phones to avoid such problems.