You can have too much of a good thing, and one man in Hangzhou, China, learnt his lesson the hard way when his blood turned milky-white after eating four mooncakes every day.

Worried that the mooncakes stacking up at home would go to waste, the man, only known as Wang, had taken to consuming at least three to four mooncakes a day.

While he normally enjoyed sweet and oily food, going so far as to replace his regular meals with mooncakes ultimately took a toll on his health.

During a check-up at the hospital this month, the medical staff collected his blood for examination. To their surprise, not only was his blood flow extremely slow, the collected sample was thick and cloudy.

The sample was immediately sent for testing. According to the results, the triglyceride level in his bloodstream was 16.6mmol/L, which was 10 times higher than the average person's.

Triglycerides are a type of fat found in the body that's been converted from unused calories. Mayo Clinic states that high levels of triglycerides can lead to the thickening of the artery walls, and lead to an increased risk of stroke, heart attack, and other heart diseases. 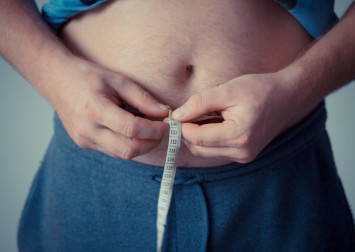 As a uremic patient who regularly undergoes dialysis due to kidney failure, his dangerously high triglyceride levels could be fatal if left untreated. Thankfully, Wang was able to recover after immediate treatment.

Wang's doctor pointed out even though mooncakes are delicious, the sugar and fat levels of these sweet treats are extremely high.

Just 50g of a salted egg yolk mooncake can contain 14g of oil, which is equivalent to ingesting three teaspoons worth of oil. Those suffering from any form of kidney disease are cautioned against having too many mooncakes.

When his doctor informed him of the blood test results, Wang could only mourn: "Does this mean I won't be able to enjoy mooncakes anymore?"

#Health and Wellbeing #china #Kidney diseases #In Case You Missed It