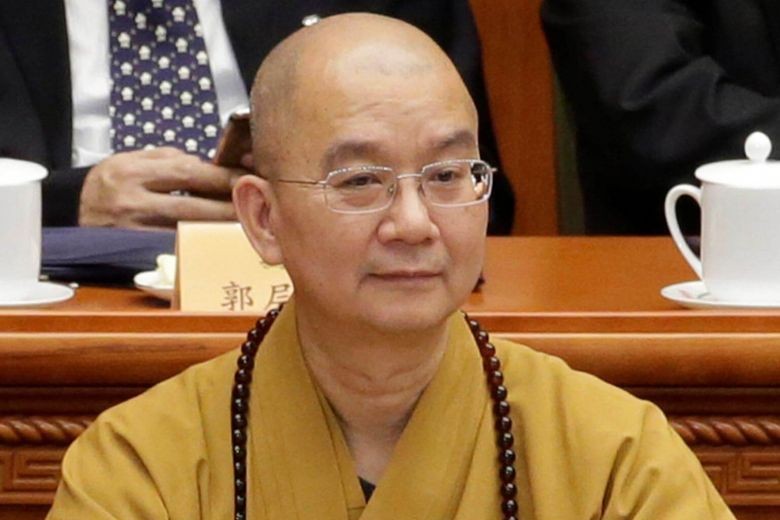 Xuecheng, a Communist Party member and abbot of Beijing's Longquan Monastery, is one of the most prominent figures to face accusations in China's growing #MeToo movement.
Reuters

BEIJING - The former head of China's government-run Buddhist association has been removed as abbot of a Beijing temple following a sexual assault investigation, officials said.

Xuecheng, a Communist Party member and abbot of Beijing's Longquan Monastery, is one of the most prominent figures to face accusations in China's growing #MeToo movement.

He is under criminal investigation after a report by fellow monks accused him of sexual and financial improprieties, including coercing several nuns to have sex with him.

Investigators had also uncovered evidence that his monastery had broken national financial rules.

A prominent personality in Chinese Buddhist life with a social media following of millions, Xuecheng's presence on China's Twitter-like Weibo service has been silent since Aug 1, when he posted a statement rejecting the sexual assault claims.

The Buddhist Association of China said in a statement the decision to remove him as abbot was made in a meeting last Friday after consulting a report by the country's top religious authority.

"We have removed Xuecheng as the abbot of Beijing Longquan Monastery," it said.

He had stepped down as head of the Buddhist association earlier this month.

The monks accused Xuecheng of threatening or cajoling the women to have sex with him, claiming it was a part of their Buddhist studies.

In their report, the two monks, who are no longer members of the monastery, said four women gave in to Xuecheng's demands.

Both men were also asked to leave Longquan monastery after news of the report broke.

Located on the outskirts of Beijing, the monastery has made headlines for combining Buddhism with modern technology, launching last year a two-foot high robot monk that dispenses mantras and karmic advice.

The #MeToo movement ignited in China earlier this year with more women starting to open up about sexual assaults, especially on university campuses.

Unlike in the West, where #MeToo has forced resignations and sparked widespread public debate, authorities in China have sought to control the discussion, sometimes allowing and at other times censoring social media commentary.