The online learning app of Chinese private tutoring service provider Gaotu Techedu Inc is seen in the app store displayed on a mobile phone in front of the company website in this illustration picture taken Aug 20, 2021.

BEIJING - Chinese tutoring firms are having to learn new ways of making money after a ban on teaching core subjects left them promoting classes such as drama and even parental training in a scramble to replace at least a fraction of a once-lucrative business.

Firms including New Oriental Education & Technology Group Inc and US-listed Gaotu Techedu Inc have added a miscellany of courses and even new businesses after the government last month prohibited for-profit tutoring in any school subject and offering classes on weekends or holidays.

The ban is aimed at easing pressure on six- to 15-year-olds in compulsory education as well as reducing the cost burden on parents.

However, it threatens to decimate an industry which executives and local media said employs 10 million people.

"The educational giants are in a tight corner, but they have to move forward - like a big ship can't park in the sea," said Beijing-based private kindergarten chain operator Richard Zhang.

"But demand for sports or arts training is far more elastic than for academic, so the sales cost is very high," said Mr Zhang. Yet now, while many firms have worked quickly to adapt, thousands of others have closed, local media reported.

The firm has also ramped up promotion of its parental training class, teaching skills such as time management and which it said aims to help parents better understand children.

Gaotu has upgraded its app to focus on adult education with classes such as foreign languages, and maths tutor Gaosi Education has begun "traditional Chinese culture" classes, taught over three weekends for 19,800 yuan.

"We will take students to the outskirts of Beijing to learn intangible cultural heritage skills such as kite-making," a Gaosi teacher told Reuters.

It will be "absolutely impossible" for such classes to support the scale of private tutoring giants, said Tong Diyi, general manager of Beijing-based private equity firm Longwin Asset Management. 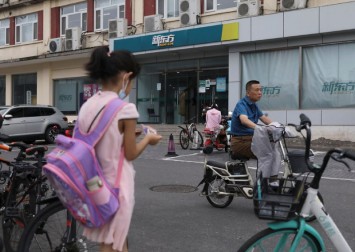 Such classes fall into what analysts categorise as "quality education and vocational education", which was worth a third of the pre-ban private education sector, estimates showed.

"There are already many players in the quality education sector, and at the moment it's unclear how much bigger this market can grow to accommodate more participants," Tong said.

Parent Jiang Ye paid around 20,000 yuan a year for her 11-year-old daughter to attend weekly two-hour maths tuition at Gaosi. Such classes end with the school year's Sept 1 start.

"Her goal is a good university, and the university won't care if she can dance ballet," Mr Jiang said.