The cotton ball covered in blood was said to give off a rotting smell.

A woman from southeastern China is seeking 100,000 yuan ($20,000) in compensation from a beauty clinic in Nanchang, Jiangxi province.

The reason for her grievance?

A wad of cotton wool she alleged was left in her nose by plastic surgeons after a rhinoplasty procedure (nose job) done six months ago.

According to a Chinese news report, the woman, surnamed Zhu, paid 26,000 yuan for the procedure she underwent in October 2018. 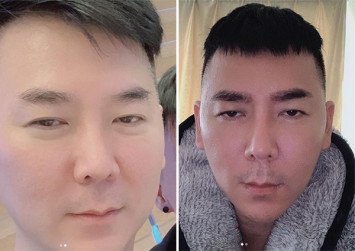 Dissatisfied with the plastic surgery, which she felt was poorly done, Zhu also reported experiencing an uncomfortable feeling in her nose after the operation.

Subsequently, she returned to the clinic in January for reconstructive surgery to no avail -- the discomfort persisted till she reportedly sneezed out a rotting cotton ball last week.

Zhu said, in a report by Chinese media: "The cotton ball was bloody and giving off an awful smell. It was at this point that I figured it must have been left by one of the plastic surgeons from the clinic during the rhinoplasty".

The hospital has refused to take responsibility for the incident unless Zhu can provide evidence to back her claims.

Pointing to an agreement which the two sides previously signed during her reconstructive surgery, the clinic had compensated Zhu 10,000 yuan but declared that issues she experienced in future would not be related to the hospital.

Furthermore, the head of the clinic expressed doubts that the cotton ball could have been left by surgeons, arguing that Zhu would not have been able to breathe with it stuck in her nasal cavity.

He said: " We need to figure out first whether the cotton ball was actually left by our surgeons during surgery and hope Ms Zhu can provide evidence. We will take full responsibility if the mistake was committed by us."