HONG KONG - The defence lawyer for the first person charged under Hong Kong's national security law argued on Thursday (July 29) at a final mitigation session before sentencing that his client was a "decent young man" who did something very stupid.

Tong Ying-kit, 24, could be sentenced on Friday to several years to life imprisonment after being found guilty by a panel of three judges in the High Court for "terrorist activities" and "inciting secession" in a watershed ruling with long-term implications for the city's judicial landscape.

Former waiter Tong, who lives with his father and younger sister in a public housing estate, was accused of driving his motorcycle into three riot police last year while carrying a flag with the protest slogan "Liberate Hong Kong. Revolution of our times."

Judges Esther Toh, Anthea Pang and Wilson Chan - picked by city leader Carrie Lam to hear national security cases - ruled on Tuesday that this slogan was "capable of inciting others to commit secession".

Clive Grossman, who was representing Tong, submitted that any incitement was only of a "minor nature" and none of the police officers were seriously injured, warranting a more lenient sentence.

He added that although Tong had ridden his motorbike recklessly that day, he was not engaging in a "deliberate attack to try to kill or injure the policemen" that his motorbike hit.

"He's learnt a big lesson in prison… his life has been so badly affected. He's essentially a decent young man who did something very stupid." Grossman added that Tong had been supporting his father and sister financially, and that his grandmother, who has cancer, hoped to give him "one last hug". 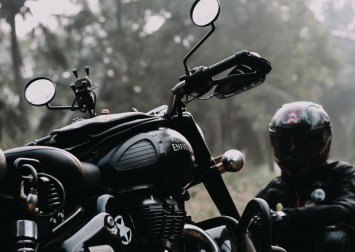 The prosecution lawyer, Ivan Cheung, submitted to the court a mainland Chinese legal textbook carrying commentaries on Chinese criminal law as a reference for the judges when considering a minimum sentence.

But justice Esther Toh told the court that such material is"not in any way binding" given established sentencing principles under Hong Kong's Common Law and the national security law.

Cheung told reporters outside the court that the prosecution had "not consulted with any Chinese officials" in making their submission on proposed sentences for Tong.

Cheung declined to name the textbook but said it was similar to the mainland Chinese version of Hong Kong's main reference book for criminal law, "Archbold Hong Kong".