Travellers queue up for shuttle bus to quarantine hotels at the Hong Kong International Airport, amid the Covid-19 pandemic, in Hong Kong, China, on Aug 1, 2022.

HONG KONG – Hong Kong will scrap its controversial Covid-19 hotel quarantine policy for all arrivals from September 26, more than 2.5 years after it was first implemented, in a long-awaited move for many residents and businesses in the financial hub.

All international arrivals will be able to return home or to accommodation of their choice but will have to self-monitor for three days after entering the Chinese special administrative hub, the government said on Friday (Sept 23).

"We are aiming in one single direction of allowing people to come with more convenience and they are allowed to go about their activities with maximum possibilities," Chief Executive John Lee told a press briefing.

A pre flight PCR test which was required for travellers to Hong Kong 48 hours before flying will be replaced by a Rapid Antigen Test.

The former British colony is a global outlier outside mainland China in imposing hotel quarantine for international arrivals, in line with the country's "dynamic zero" Covid-19 strategy.

Business groups, diplomats and many residents have slammed the city's Covid-19 rules, saying they threaten Hong Kong's competitiveness and standing as a global financial centre.

All international arrivals currently spend three days in a self-paid hotel followed by four days of self-monitoring where they are allowed to move around the city.

Hotel quarantine was as much as three weeks before being gradually eased earlier this year.

The rules have weighed on Hong Kong's economy since early 2020 and fuelled an exodus of both expats and local families that was kick-started by Beijing's efforts to exert control and limit freedoms.

Scores of flights have stopped operating to and from Hong Kong, which used to be one of the world's busiest and most efficient airports.

The city has lost its position as a global aviation hub due to China's zero-Covid policy, head of airlines group IATA said this week. read more

Hong Kong still bans public groups of more than four people and masks are mandatory for all, including children as young as two, who must also wear them during school.

Scores of events have been cancelled or postponed since 2020, although Hong Kong is planning to host a major finance conference and the international Rugby Sevens in November.

Bankers have said quarantine-free travel is a precondition for attending the conference.

Both events have been widely seen as a bid to show that Hong Kong can resume business as usual.

Lee's comments come as the head of the city's Rugby Union announced on Friday that revellers at Sevens this year will be able to drink but eating food was still under discussion with the government.

Staff and media will need to wear protective equipment while spectators will need to wear masks unless drinking and scan their vaccine pass before entering the stadium, according to chief executive Robbie McRobbie. 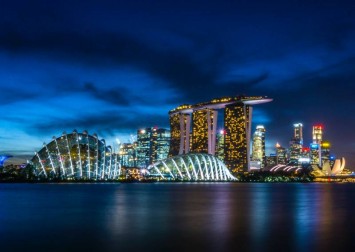 "We don't believe these are significant barriers to enjoying a day out at the Sevens," said chief executive McRobbie, who said the stadium would have around 30,000 fans at 85 per cent capacity under current government rules.

Any team with five or more positive Covid-19 cases will have to withdraw from the tournament, McRobbie said.

HSBC and the city's flagship airline Cathay Pacific, are the two main sponsors of the Sevens.

Rival financial hub Singapore is hosting a slew of high-profile conferences this month that has seen business for hotels and restaurants boom, while Taiwan and Japan announced this week an easing of Covid-19 restrictions for international travellers set to take effect in October.

Hong Kong has reported more than 1.7 million Covid-19 infections and 9,934 deaths since the pandemic began.