Hopeful anticipation became crushing devastation for deliveryman Yang Feng (right), whose bride died of leukaemia moments before the couple could exchange their vows.

The day had finally arrived for the groom, who looked dashing in his three-piece suit and bow tie as he nervously fingered a wedding band clasped in his hands.

Except the wedding on Sunday (Aug 12) was held at a hospital in Zhengzhou city in Henan province, and - most heartbreaking of all - the bride died of leukaemia moments before the couple could exchange their vows.

Hopeful anticipation became crushing devastation for deliveryman Yang Feng, 27, who met Ms Xiao Hui, 32, two years ago on a delivery trip when she hitched a ride.

"If only I had gotten to know her earlier," said Mr Yang to local media. 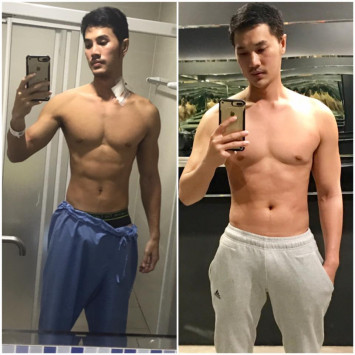 When he found out about Ms Xiao's death on Sunday at about 5.20pm, he held back tears as he spoke to reporters at the hospital, in a video uploaded on YouTube channel Shi Pin San Tiao.

"The wedding can't be held anymore," he said dejectedly in the clip as he entered her ward. "Please leave, all of you."

Ms Xiao was diagnosed with chronic myeloid leukaemia - cancer of the white blood cells - when she was 24, something she told Mr Yang when they first met.

Despite that, he was determined to be in a relationship with her. When her condition took a turn for the worse last Friday (Aug 10), Mr Yang decided to marry her in hospital. 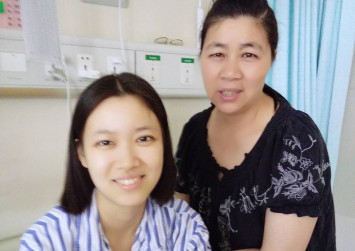 He said to the news website: "I found her pitiful at first, but as we interacted more, I wanted to take care of her all her life, and I started to pursue her."

One user, Jeremy-ZL-79900, wrote: "Maybe this is true love - not expecting to grow old together, but just being with each other until the final moment."

Another user, WhiteRabbit0125, wrote: "If there is an afterlife, I wish you will meet again and never be separated."