The Central Intelligence Agency opened its own account on Instagram on Thursday with a picture of a desk of mysteries teased by the children's game prompt "I spy with my little eye."

The photo tempts with intrigues and adventure: a wig suggesting disguises, maps of China and the Persian Gulf, foreign banknotes, a burn bag for getting rid of secret documents, a notebook with Arabic, and other items that could be real operation souvenirs of CIA officers.

Next to a wall is a photo with the words: "I want to travel the world."

The Instagram posting was an expansion of the US spy agency's effort to recruit a younger generation of officers, agents and analysts, having already been on Twitter and Facebook for years. 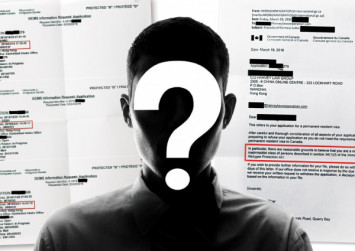 The agency has been openly recruiting from universities and industry, and Instagram gives it a way to reach a large, younger demographic: most of its regular users are under 30.

"We're looking to spark the curiosity of Instagram's users about the many ways CIA's global mission has us going where others cannot go and doing what others cannot do," the agency said in a statement. "Through the account, we'll give a peek into agency life, but we can't promise any selfies from secret locations."