BEIJING - North Korea leader Kim Jong Un has visited China, Bloomberg reported on Monday citing three unnamed sources, in what would be his first known overseas trip since taking power in 2011 and ahead of a potential summit with US President Donald Trump.

Details of his visit including its purpose and itinerary were not yet known, Bloomberg said. Japanese media reported earlier on Monday that a high-ranking Pyongyang official appeared to have arrived by train in Beijing.

Kyodo, citing sources close to the matter, said the visit of the official was intended to improve ties between Beijing and Pyongyang that have been frayed by North Korea's pursuit of nuclear weapons and China's backing of tough sanctions against North Korea at the United Nations Security Council.

The visit could not immediately be confirmed by Reuters.

Beijing has traditionally been the closest ally of secretive and isolated North Korea. But Kim is due to hold summit meetings separately with China's rivals, South Korea and the United States.

"Such a visit would reflect China's effort to get back in the game," said Scott Snyder, a senior fellow at the Council on Foreign Relations think tank. "Xi would not tolerate being third in line to meet Kim."

Asked earlier at a daily news briefing about reports of an important North Korean visitor arriving at the Chinese border city of Dandong, Chinese Foreign Ministry spokeswoman Hua Chunying said she was unaware of the situation.

Nobody answered the telephone at the North Korean embassy in Beijing on Monday evening.

"The government is closely communicating with relevant countries and monitoring the situation," South Korea's presidential Blue House said in a statement via a messaging app earlier on Monday. 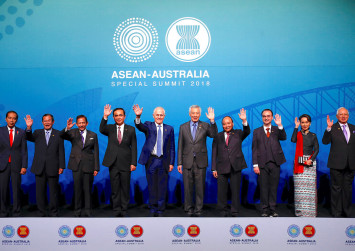 Asked about the report that Kim was in China, White House spokesman Raj Shah told reporters on Monday: "We can't confirm those reports. We don't know if they're necessarily true."

Kyodo, citing sources, reported that on Sunday, a special train that might have carried the official passed through Dandong. Two sources in northeastern China also told Reuters that a North Korean visitor had crossed into Dandong by train.

The rail journey between Dandong and Beijing covers more than 1,100 km (680 miles). It takes at least 14 hours by ordinary service, according to Chinese railway timetables.

On Chinese social media some residents of Dandong said there had been high security around the train station there and said there were rumours that Kim was passing through.

Police tightened security along Beijing's main east-west thoroughfare, Changan Avenue, mid-afternoon Monday, closing off the entrances to some of the buildings which face the road.

Police also cleared out all tourists from Tiananmen Square around the same time, which normally only happens when important meetings are happening in the Great Hall of the People, where top Chinese leaders often meet visiting heads of state.

There was a large security presence outside the Great Hall on Monday evening. Reuters reporters saw a lengthy motorcade, including a limousine with dark tinted windows, heading down Changan Avenue in the direction of the Diaoyutai State Guest House and away from the Great Hall of the People, flanked by a police escort on motor-bikes.

Also on Monday evening, the Beijing railway bureau warned on its microblog, without giving a reason, of multiple train delays of up to two hours in the Beijing region. 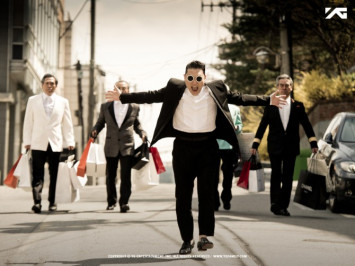 A source with ties to the Chinese military told Reuters that it was "not possible to rule out the possibility" that Kim was visiting Beijing, but cautioned this was not confirmed.

A diplomatic source told Reuters that there was heavy security around the Diaoyutai State Guest House, where some high level foreign visitors stay during visits to the city. Other diplomatic sources said they were aware of the speculation that Kim was visiting but were not able to immediately confirm it.

Visits to China by Kim Jong Il were only confirmed by both China and North Korea once he had left the country.

Kim Jong Il travelled by private train during his rare visits to China or Russia under tight security. Diplomats and other sources have said Kim Jong Il avoided flying for overseas trips due to security concerns.

The younger Kim, who was educated in Switzerland, is not known to have any fear of flying and state media have shown pictures of him aboard a plane. However, he is not known to have travelled outside the country since assuming power in late 2011 after his father's death.