Pregnant woman in China dies after hospital turns her away, allegedly delays treatment

The woman, known only as Liu, passed away on Nov 5 after six days in hospital.

A man in China is calling for justice after his wife died six days after giving birth to their child, claiming negligence on the hospital's part after they turned his wife away and delayed medical treatment.

The man, known only as Yan, told reporters that he brought his wife, Liu, 39, to Daqing Oilfield General Hospital, Heilongjiang on Oct 30 after Liu had noticed that her face was swollen.

Liu's doctor gave her an authorisation form to be admitted to the hospital after a check-up revealed that she had high blood pressure.

"They said they had no beds and asked us to find our own hospital," Yan said.

While there was another hospital about 20 minutes away, Liu had wanted to give birth at Daqing Oilfield General Hospital as they had better medical facilities, Liu's mother said in an interview with thepaper.cn.

Her daughter had not been informed that her pregnancy-induced hypertension was serious, she said.

After waiting at the hospital for hours, the couple had left for home when Liu's water suddenly broke at around 12pm.

Heading back to the same hospital, they tried to seek help from the doctors and nurses present, but were told to look for the hospital's senior staff, said Yan. 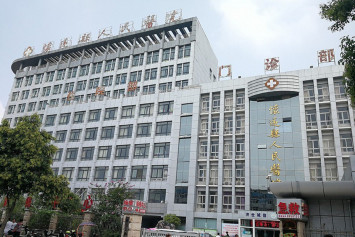 "Throughout the whole process, not one person came up to me to help," he added.

After failing to locate any senior staff members and multiple attempts to get the doctors present to assist his wife, Yan only got their attention after losing his temper and shouting at them.

Liu was finally scheduled to undergo a caesarean section at 2.40pm but the couple's nightmare did not end there.

After the operation, Liu was warded in the intensive care unit (ICU) due to excessive bleeding, while the baby had to be treated for oxygen deprivation and remains warded in hospital, said Yan.

"When she was first warded, the doctor said 'your daughter's condition isn't very serious, she will be out of ICU in two days'. It gave me some hope," Liu's mother told reporters in Mandarin.

"They kept telling me she would be able to leave ICU. In the end, in the early morning of Nov 5, they notified us that she was not going to make it."

"I can't understand it. I want the hospital to give us an explanation. I want justice for my daughter," she said.

A report released by the Daqing city's health department on Nov 10 confirmed that Liu had been refused admission to the hospital initially due to a lack of beds.

However, it contradicted Yan's version of events, stating that Liu had gotten a bed at the hospital later that afternoon through a contact who was acquainted with the head of the obstetrics department. It also said that the couple had been informed of the available bed at 12.11pm, after they had reached home.

The head of the obstetrics department, known only as Gao, had reportedly told Liu then that she was at risk of suffering a brain haemorrhage and asked her to return to the hospital immediately.

The report also stated that Liu had only been left unattended for 14 minutes during the process of preparing the paperwork for her hospital admission and caesarean section.

In response, Liu's mother slammed the report and accused the health department of "twisting facts".

The hospital has suspended all the staff involved in the case while investigations are ongoing, said the health department.

Daqing Oilfield General Hospital has yet to make a statement on the incident.

ALSO READ: Pregnant China woman jumps to her death after family refuse to give consent over caesarean section

#death #Pregnancies #Hospitals #Medical negligence #In Case You Missed It