Toddler in China miraculously survives after chopstick pierces into her brain

One moment, she was walking around normally. The next, she fell and had a chopstick lodged up her brain.

A toddler in Wuhan, China, was rushed to the hospital on Sept 24 after falling on a chopstick which pierced her mouth and brain.

According to Sin Chew Daily, Chenchen (not her real name) was only 17 months old and had just learnt how to walk, albeit unsteadily. Unable to sit still during dinner, she walked around while her parents fed her.

However, she suddenly fell face first, causing the chopstick she was holding to pierce through the roof of her mouth.

The pain caused Chenchen to wail loudly on the spot.

She was rushed to the hospital where doctors ran a CT scan on her. They then arranged for her to undergo surgery immediately, and found that 2cm of the chopstick had punctured her cerebellum (the part of the brain responsible for motor movement). 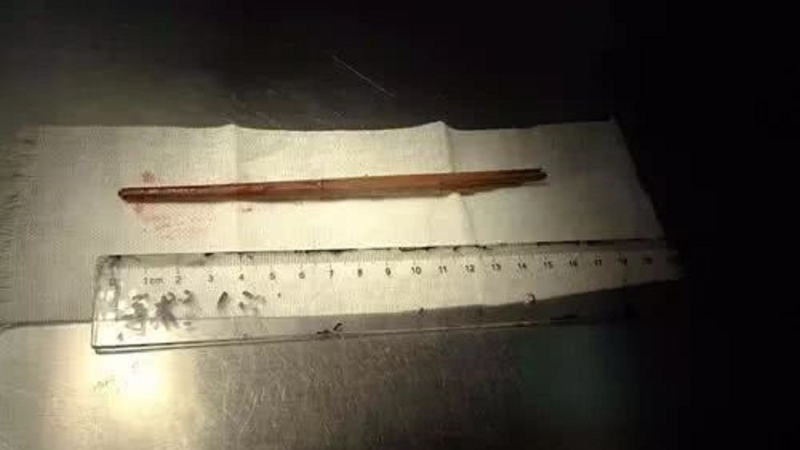 The chopstick had also pierced through her internal jugular vein. To make things worse, there were even rice grains on the chopstick.

Fortunately, it missed her brainstem, which would have killed the girl. Chenchen is now undergoing treatment in the intensive care unit as she still runs the risk of intracranial infection.

Following the incident, doctors are reminding caretakers to keep a watchful eye over children during mealtimes and prevent them from walking while eating as the hospital would, on average, receive about 10 such similar cases in a year, ET Today reported.

ALSO READ: Chopstick pierces Chinese toddler's skull after she falls on it

#china #Accidents #childcare #In Case You Missed It