The visa section of the US embassy in China asked students what they were waiting for after the Biden administration eased restrictions.

BEIJING - The resumption of student visa applications at United States missions in China got off to an acrimonious start this week when netizens took exception to an American embassy social media post they interpreted as likening Chinese students to dogs.

Former US President Donald Trump, whose time in office was marked by tense relations in Beijing, had in January last year barred nearly all non-US citizens who were in China from entering the US after the coronavirus outbreak.

On the Twitter-like Weibo service on Wednesday (May 5), the visa section of the US embassy in China asked students what they were waiting for after the Biden administration eased restrictions.

"Spring has come and the flowers are in bloom. Are you like this dog who can't wait to go out and play?" said the post in Chinese, which was accompanied by a video of an excited puppy trying to climb over a safety gate.

The post drew an angry backlash from some Weibo users, however, who felt the comparison was inappropriate, and was later deleted.

"Is this American humour? I believe they did it on purpose!" one user wrote.

"Dogs in American culture basically have positive meanings, but in Chinese culture and idioms, they are mostly negative," wrote another user. Others quipped that the students' "master" was now calling them back to the United States.

Read Also
'We are a battleground now': In Southeast Asia, US-China tensions flare on social media 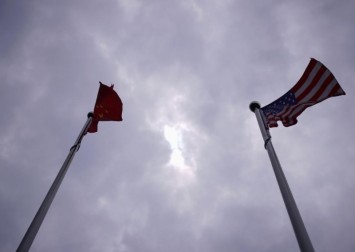 The Global Times, an English-language tabloid run by the Chinese Communist Party's People's Daily, also cited netizens as saying that the post was "blatant racism".

The US embassy in Beijing did not immediately respond to a request for comment on Thursday morning.

It is not the first time animal-related remarks have sparked a backlash in China.

In 2019, a senior economist from UBS was placed on leave after comments about pigs in China were perceived by some as a racial slur. He was later reinstated.