US negotiators in Beijing for trade war talks

US negotiators on Monday headed into talks with Chinese counterparts as the two countries seek a deal to end a trade war that has raised fears of global economic turmoil.

The visiting delegation, led by Deputy US Trade Representative Jeffrey Gerrish, left its hotel in Beijing without speaking to reporters.

President Donald Trump raised hopes last week that an agreement could be found to end the months-long dispute, during which the world's top two economies have imposed import duties on more than $300 billion of each other's goods.

"I think we will make a deal with China," Trump said on Friday. 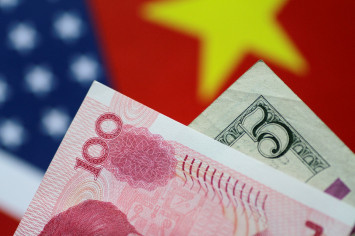 "We have a massive trade negotiation going on with China. President Xi is very much involved, so am I. We're dealing at the highest levels and we're doing very well."

The American delegation in Beijing includes officials from the Treasury, Commerce, Agriculture and Energy departments.

The talks have come a month after Trump and Xi Jinping agreed to suspend a tariff hike for three months to give negotiators space to reach an agreement and end a dispute that has roiled world markets.

In addition to the bruising trade war with the US, China is also grappling with a slowing domestic economy, with the government expecting growth to slow to around 6.5 per cent in 2018, down from 6.9 per cent in 2017, due to various factors.