Song Yingjie (first from the right) with his colleagues at the expressway where they conducted temperature checks.

It's no secret that medical personnel have been working selflessly to fight the spread of the Wuhan virus. Unfortunately, one of them ended up making a tragic sacrifice — his life.

The 28-year-old had been stationed at an expressway toll booth in Hunan, China since Jan 25 to conduct temperature checks, according to local authorities.

Temperature screening checkpoints have been set up along expressways across the country in an effort to combat the spread of the virus.

Song, who was the deputy head of a local medical centre's pharmacy department, also helped distribute medical supplies in the area and reportedly insisted on working every day.

Hunan is located just south of Hubei, the epicentre of the outbreak, and has 389 confirmed cases of the virus, as of Feb 1.

Song worked the 4pm to 12am shift, said Zhou Xiaonian, the deputy director of the medical centre.

After finishing his shift at midnight on Feb 3, Song gave four of his colleagues a lift back to the medical centre.

Song then returned to his dormitory where he died of cardiac arrest brought on by exhaustion. 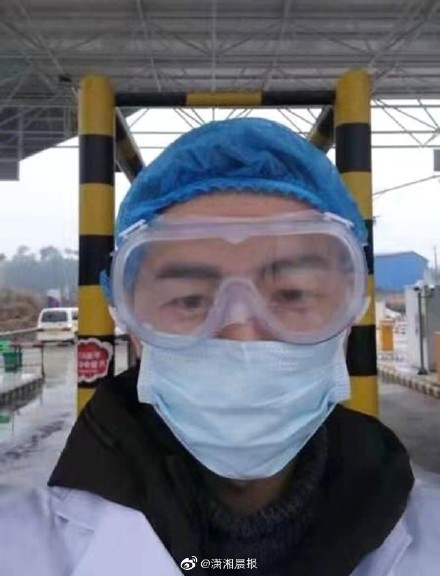 "I also have a daughter in Wuhan who can't come back. You're asking if I'm worried? I'm very worried," his father, Song Guanghui, told reporters.

The deceased's uncle added: "My nephew was usually very amiable. No matter who he saw, he would always have a smile on his face."

"He would help his parents with farm work in the fields, plant saplings and do housework. It's not easy to find a young man like him."

News of Song's death was met with an outpouring of grief on Weibo.

One user wrote: "Rest in peace, hero. I hope the country can take care of the needs of his parents. My condolences to them."

Another said: "My heart hurts! To the medical personnel fighting on the frontline, please take care of yourselves."

#Wuhan virus #Outbreaks and Epidemics #In Case You Missed It #coronavirus