Xi says 'no clash' of civilisations amid US trade war

Chinese President Xi Jinping declared Wednesday there was "no clash" of civilisations and denounced racial supremacy as "stupid" amid tensions with the United States and concerns over Beijing's rising global power.

His remarks came after a top-level US official last month described the rivalry between China and the US as "a fight with a really different civilisation and a different ideology".

Kiron Skinner, the director of policy planning at the US State Department, put it in racial terms, telling a security forum that China was the first US "great power competitor that is not Caucasian".

"Thinking that one's own race and culture are superior, and insisting on transforming or even replacing other civilisations is stupid in its understanding and disastrous in practice," Xi said at the opening ceremony of the Conference on Dialogue of Asian Civilisations in Beijing.

Read Also
China can deliver 'deadly punch' to US in trade war: Ex-official 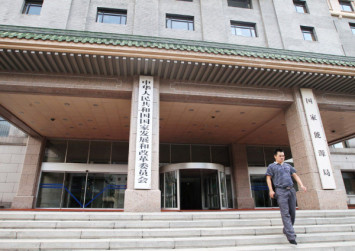 "There is no clash between different civilisations, (we) just need to have the eye to appreciate the beauty in all civilisations," he added, without mentioning the United States.

Xi's speech comes less than a week after trade negotiations between Washington and Beijing took a turn for the worse, with the US hiking tariffs on $200 billion (S$273 billion) in Chinese merchandise and targeting duties on $300 billion more.

On Monday, China retaliated with an announcement that it would raise tariffs on $60 billion worth of US goods from June 1.

The two countries are locked in a battle for global influence, with diplomatic and economic tensions ranging from US military aid to self-ruled Taiwan to criticism of Beijing's Belt and Road global infrastructure programme.

China's rising influence has also raised alarm bells in Asia, especially as it continues to assert its vast territorial claims in the disputed South China Sea and East China Sea.

Last month, Philippine President Rodrigo Duterte warned Beijing to back off from a Manila-held island in the South China Sea, threatening possible military action if Beijing "touched" the island.

Xi's speech on Wednesday also focused on promoting cross-cultural collaboration across the region, and urged other Asian nations to "strengthen cultural confidence".

"On the foundation of the brilliant achievements obtained by our ancestors, we will... strive to continue writing the new glory of Asian civilisations," he said.