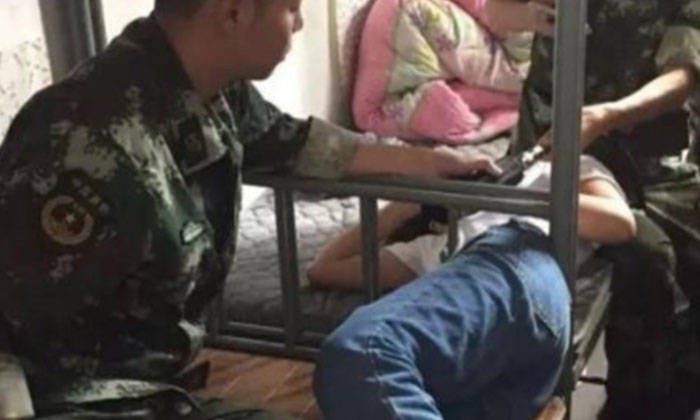 The emergency services on Saturday (May 5) were alerted after a secondary school girl in Zhejiang, China, got caught in a bed frame during a competition on among her classmates to determine who had the slimmest figure.

The incident is another instance whereby Chinese netizens take the chance to flaunt their bodies.

Previous examples include the "A4 Waist Challenge", in which women held up pieces of 8.3-inch-wide paper to show off how tiny their waists are, and the "Belly-button Challenge”, where netizens try to wrap their arms around their belly button.

The latest trend, however, involves challengers attempting to fit in or between various objects of differing widths, which in turn led to the girl getting trapped.

Seven students had returned to their dormitory after classes on the day of the incident and decided to attempt the challenge with a double-decker bed frame.

According to Lianhe Wanbao, she had thought that the 30cm-tall, 15cm-wide gap would be sufficient for her to pass through.

However, midway through her challenge, she became trapped, and her classmates could not get her out.

They promptly called the police for assistance.

A rescue team of eight personnel and a fire engine arrived at the scene subsequently and extricated the girl after sawing open the bed frame.