Ask any gamer how much time they've spent customising the looks of their characters in video games, and their answer is probably a unanimous "forever".

Asking them how much money they've spent on said games, however, tends to elicit a more interesting response. It's all fun and games until the cash dries up, after all.

Unfortunately for this mother in Jiangsu, China, her 10-year-old son had been purchasing 'skins' — purely cosmetic looks — of characters in widely popular Chinese mobile game, King of Glory.

China Press reported that Mrs Wang (not her real name) had recently visited a bank to withdraw some money, only to discover some discrepancies in the bank statement — over 9,000 yuan (S$1,700) mysteriously disappeared.

It was then that she had found that her WeChat account, "財付通" (CaiFuTong), which was linked to her bank account, had been accessed on a daily basis. Money, ranging from a couple of yuan to over a thousand, had been spent from Oct 11 to Oct 24. 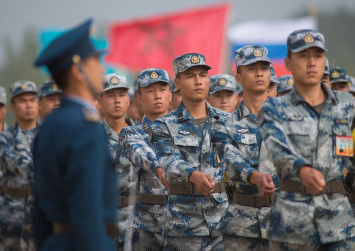 It turned out that her son would always return home from school to play King of Glory on her smartphone.

He was pretty crafty about it too. The boy had been with his mum when she was making a WeChat purchase, which gave him access to her mobile payment password. He had been able to memorise it.

With the lack of supervision on her part, he would make use of her digital wallet to enhance his gaming experience. By the time he was busted, he had bought over 60 sets of game character 'skins' that range from 48 to 200 yuan per set. Across the duration, he had spent a hefty amount that quickly amounted to two to three months' worth of Mrs Wang's salary.

The mother contacted the customer service hotline of the game's publisher Tencent, which indicated that they will send a response within three working days.

Likewise, an 11-year-old schoolboy in Shenzhen had been addicted to the very same mobile game, King of Glory. Within three months, he had drained his dad's life savings of 30,000 yuan (S$5,787), from buying 55 characters in-game.

If that's not appalling enough, a 10-year-old Chinese boy in Guangzhou who'd been suffering from leukaemia wiped out 150,000 yuan (S$28,984) of his medical treatment funds on the same game through top-up and subscription transactions.

Maybe, just maybe, parents should focus on how their kids use their smartphones, rather than how long they're on it.

#Digital #Gaming/Video games #In Case You Missed It