Everyone looks forward to the school breaks because it'll mean some time spent with the family or simply just getting some fresh air in the great outdoors.

Much to the dismay of most parents these days, it too signals more time for their children to be playing video games. Such was the case for this 17-year-old Thai teenager by the name of Piyawat Harikun who apparently pushed his leisure time a bit too far.

Daily Mail reported that at that point of time, Piyawat had just started his school break at the end of October and had spent every second of it playing multiplayer games on his PC rig.

His parents mentioned to the publication that he would stay up all night and then draw his curtains during the day to continue his fixation at their family home in the northeastern Thai city of Udon Thani.

They would constantly bring him food and implored him to stop. He would continue playing despite his parent's attempts.

In a post shared on Facebook, Piyawat was said to have been found dead in his room on Monday (Nov 4) by his father, Jaranwit, whilst slumped on the floor against his table.

By the time he was found, doctors declared that he had passed away for about 8-10 hours. He seemed to have suffered a heart failure and had fallen off his computer chair.

According to The Sun, Jaranwit stated that he had attempted to revive his son, but "it was too late." He recounted that he had called the teen's name and called him to wake up, to no response. It was then he realised that Piyawat had died.

He revealed that Piyawat was his eldest child and had always been doing very well in school, earning an average GPA of 3.7. Even so, he had a habit of playing video games excessively. 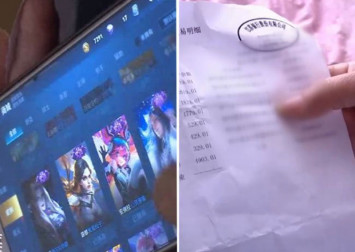 In the Facebook post, Jaranwit took the opportunity to advise parents to prevent their kids from getting addicted to video games and cherish time together as a family.

Likewise, a 32-year-old Taiwanese gamer, passed away in an Internet cafe in 2015 after undergoing a three-day gaming session. He was rushed to hospital before he was pronounced dead from cardiac failure.

That same year, a 17-year-old Russian teen thought to pass the time recovering from a broken leg by playing Defence of the Ancients (DOTA). Little did he know that playing DOTA for 22 days straight would be the death of him. According to a medical expert, the boy presumably died from thrombosis, in which blood is prevented from flowing normally through the circulatory system after sitting for too long.

Back in 2012, another Thai gamer was found dead in his room after a string of all-night sessions playing games on his computer.