Will the wow factor return to consumer hardware this year? Will blockchain and 5G punch into the mainstream? Or will the world unify against Big Tech's tax-avoiding practices?

Here are five themes shaping the world of technology, amid the intense debate over the industry's exploitation of customers' privacy.

Super-fast fifth-generation network speeds are meant to revolutionise communications along with areas like urban transport.

But so far, 5G has failed to meet expectations due to the delay in building infrastructure in many places. Apple has yet to launch a compatible phone, unlike rivals including Samsung.

The roll-out should pick up speed this year as more countries install base stations and networking equipment - although US President Donald Trump's war on Chinese sector leader Huawei remains a wild card.

As smartphone sales plateau around the world, manufacturers have been focusing more on ancillary services. "You have to sell the entire experience, the entire ecosystem," says Dominique Bindels, senior analyst for home and tech with London-based research firm Euromonitor International.

Bindels predicts that smart earphones, speakers and at-home devices connected on the internet of things will be among the more dynamic sectors this year.

Digital assistants such as Alexa and Siri may start talking to each other, after Amazon, Apple and Google formed an alliance with other industry players in December to develop a common standard for smart home devices.

Another trend could be consolidation in TV streaming, after Apple and Disney joined Netflix, Amazon Video and some national broadcasters in a crowded subscription market.

LEAP INTO THE QUANTUM DARK 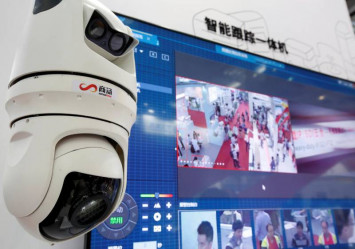 Unbreakable blockchain networks of computers have already been generating virtual currencies such as bitcoin, bypassing the need for a regulator such as a government or central bank.

Facebook wants to make the technology respectable through its "Libra" project, but has hit political opposition around the world, and several financial partners have pulled out.

Unwilling to let private enterprise dictate terms, China and other nations are building their own digital payment systems, which could see fruition this year.

However, blockchain networks devour huge amounts of energy, and concerns will mount about their environmental impact as debate intensifies more broadly about technology's contribution to climate change.

Most companies are now actively engaged across the spectrum of another technological acronym, Smac: social, mobile, analytics and cloud, which affect how we communicate with friends and how we search and shop.

They are accentuating fears about privacy, after a series of data leaks at Facebook laid bare how much of our online lives are exploited by companies and political parties.

"People are becoming more conscious of sharing data but also in the same moment, the Nest cameras (for homeowners to monitor indoor security) and smart speakers are flying off the shelves," says Bindels.

"There's a huge divide. People have been learning to trade privacy for convenience. It's just another currency."

Amnesty International, in a hard-hitting study last month into Facebook and Google, said that trade-off amounts to a "Faustian bargain" which imperils our human rights.

To Beijing's anger, Washington alleges that Huawei and another telecoms group, ZTE, are little more than fronts for Chinese spy chiefs. 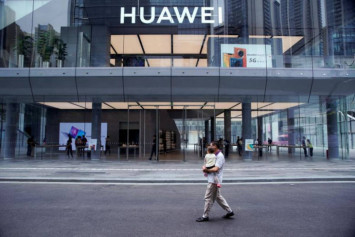 Ni Lexiong, professor at the Shanghai National Defence Strategy Institute, says US sanctions depriving those firms of access to US components would only encourage China to stand on its own feet.

"In the end, once China has formed its own industrial chain in the field of artificial intelligence, the United States will also lose a large market," he says.

Samm Sacks, an expert on China's digital economy at the Washington think tank New America, says the tech stand-off could harm progress in areas such as precision medicine and AI-based diagnoses.

The two countries have co-operated in research, "and severing that could have global consequences", she warns.

The US presidential election in November is likely to prove another flashpoint in the battle over disinformation peddled on social media.

Democratic hopeful Elizabeth Warren wants Amazon, Facebook and Google to be broken up on antitrust grounds.

The Organisation for Economic Co-operation and Development is, meanwhile, due by June 2020 to present a "unified approach" for richer countries to levy a digital tax on internet giants.

Some, like France, have gone ahead with their own tax, igniting another front in Trump's multifaceted trade wars as the US threatens tariffs on a range of French goods.