In March, its number of daily active users skyrocketed from 10 million to more than 200 million. The increased usage of Zoom exposed the cracks in the software's security when pranksters "Zoombombed" meetings.

Further scrutiny of Zoom's privacy policies found that users had no control over what Zoom did with personal data. Security and privacy became such a concern that Singapore actually banned the use of Zoom in educational settings.

If you've been using Zoom and you're concerned about your online privacy we compared 6 and looking for alternative video chatting tools you can use for your virtual meetings. 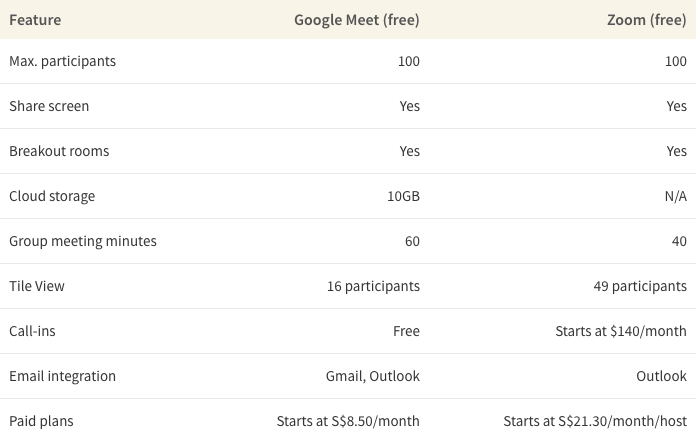 From the search engine to apps, most people who use the Internet would have used a Google service at some point. Google Meet used to only be available for anyone with a G Suite account, but it's currently free for everyone with a Gmail address.

Javier Soltero, the Vice President & GM of G Suite, announced on his blog plans to make the premium video conferencing tool-free and placed emphasis on security with a list of safety measures such as encryption, meeting codes and data protection.

The free version of Google Meet can hold meetings with up to 16 participants, and even has Zoom-like features like tile view. However, after September 30, meetings will be limited to 60 minutes.

A basic G-suite subscription starts at $8.50/month and lets you host meetings with up to 100 people and cloud storage space where you can save your video chats. 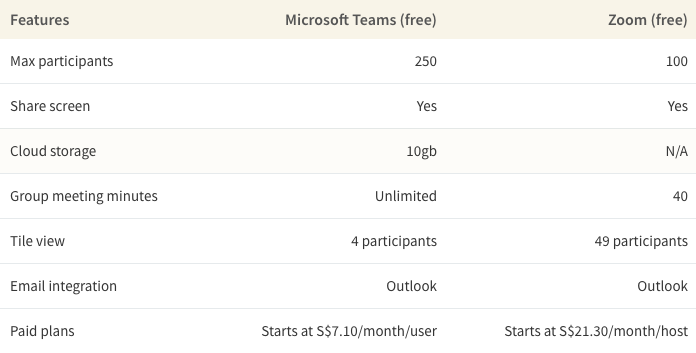 Zoom wasn't the only video conferencing software to see a rise in users due to Covid-19. On March 19, Microsoft Teams announced that it had hit more than 44 million daily users, and the addition of new features like real-time noise suppression.

Targeted at small businesses that already use Microsoft software, the free version of Teams offers unlimited chat messages, video and audio calls, file and screen sharing, and the ability to collaborate on Office documents in real-time with up to 250 participants.

However, your team storage is limited to 10GB. If you need additional storage, you can purchase an Office 365 subscription starts at $7.10/month and includes 1 TB of storage. 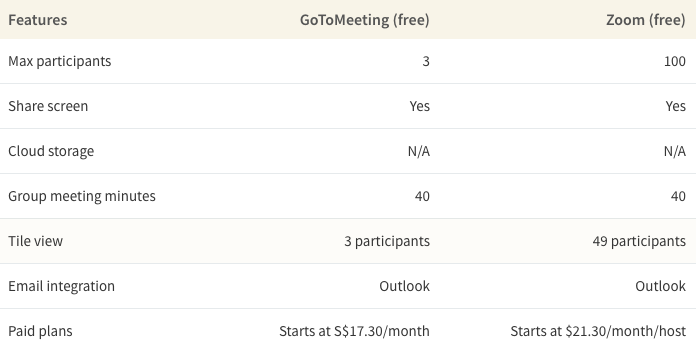 For small group meetings or one-on-ones, GoToMeeting Free allows users to host brief video meetings of 40 minutes with up to 3 participants.

Since the amount of participants is limited, GoToMeeting probably won't be suitable for companies that frequently host large meetings.

For around 3 times the price of paid versions of Google Meet and Microsoft teams, GoToMeeting's Pro plan offers unlimited meeting minutes, unlimited cloud storage, meeting recordings and transcription, in-meeting chats and meetings with up to 150 people.

For companies that need unlimited storage space to record or store meetings, GoToMeeting may be worth the additional cost. 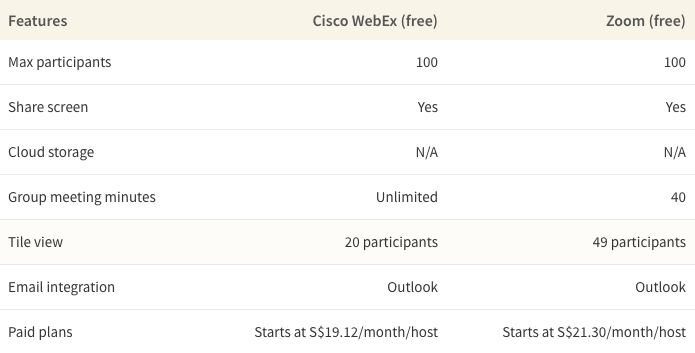 To support its users during Covid-19, Cisco Webex has expanded its free video conferencing features for a limited time.

It also includes multiple video views, including active speaker and thumbnail view, grid view, floating view. Its security features include end-to-end encryption, role-based access, and meeting settings to manage the behaviour of users before, during and after meetings.

Previously, you would have had to pay $24.12 for the Plus plan to receive most of the above-mentioned features and a 40-minute meeting time limit.

Now that these newly expanded free features beat those offered in its previous paid plans, WebEx can be a strong сontender in the video conferencing market.

If you're looking for an app that's used more for team building and fun than meetings, you can try Houseparty.

Houseparty launched in 2016 as a free social networking and video chatting app for teenagers, but it became an overnight success ins mid-March when most of the world started going into lockdown.

With downloads up 2,902 per cent between February and March, Houseparty topped the iOS App Store in 17 countries as adults began using it too.

On the app, you can connect with up to 8 people with the ability to switch between groups so you could be chatting with multiple groups of 8 at a time.

The split-screen feature allows you to see all 8 participants and you can also chat and play in-app games like Heads-up, Trivia or Quick Draw.

You can also lock up your "house parties" to prevent uninvited intruders. Like a real life house party, anyone you're friends with can crash your chats if you leave your chat room unlocked.

In an official statement on its website, Houseparty claims that it's "secure" and that it "has not ever sold your data and will not ever sell your data".

Should you make the switch from Zoom?

Zoom's ease of use and the huge role it's played in helping users transition from real-life to remote meetings during this pandemic has largely cemented itself as the go-to video chatting software. 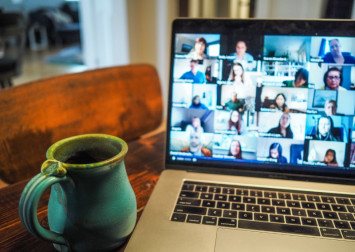 If Zoom doesn't fix its security flaws in time, it could lose a part of its users to other video chatting softwares. However, whether you make the switch depends on the sensitivity of your information. If you're just using it for socialising, switching may not be necessary.

On the other hand, if your company holds sensitive information, making the switch to an alternative product could give you greater peace of mind. But beyond considering privacy, you should also take into account your company's needs.

Are you a small business looking for affordable software with a few basic features? Or, are you are larger company willing to spend more to host longer, larger meetings that include sensitive information?

While Zoom has been the default go-to for most companies, there may actual be other plans better suited for you on the market.