Tyler "Ninja" Blevins is showing time and again how valuable having a large audience on stream is to companies and brands.

Blevins may have just split with Twitch to stream exclusively on Microsoft's competing Mixer platform, but he's back with another major, and arguably more exciting, brand announcement.

The Fortnite star today announced a multi-year apparel deal with Adidas, making him the first-ever pro gamer to be signed by the German sporting giant.

Adidas has previously sponsored esports teams, such as CS:GO teams North and Vitality, but the deal with Ninja is significant because of the individual aspect of it and the way Blevins' personal brand will come into play. 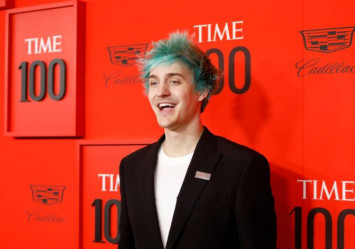 It's one thing to make a team jersey, but quite another altogether to partner with an individual to create gaming-inspired apparel, shoes, and who knows what else.

Blevins will also become a very recognisable face for Adidas in the gaming community, unlike team sponsorship deals which are more likely to fly under the radar.

The Adidas website now has a page dedicated to the partnership, featuring a short promotional video from Blevins' Twitter feed.

No shortcuts. Only long days. Never let anyone tell you that you can’t catch your dreams.
Choose your path. Put the TIME IN.
I’m humbled, and excited, to officially announce my partnership with @adidasoriginals
. https://t.co/B42gK4AoF5#createdwithadidas pic.twitter.com/PdAKnCflCD

A lot could be said about what this deal between powerhouses in sports and gaming means for the latter's future, but I think the key takeaway is the mainstream recognition that this confers on gaming as a whole.

Details on the partnership are still sparse, but Blevins has said on his Mixer stream that more will be made known soon.

In recent years, we've seen apparel companies sign a growing number of gaming teams to their brand. For example, Nike inked a deal in February this year to make jerseys for every squad in the League of Legends Pro League (LPL) in China, while Champion and K-Swiss have also hammered out deals with Dignitas and Immortals respectively.