TOKYO - Airbnb Inc on Thursday announced a recovery in short-stay accommodation listings on its Japanese site, which plummeted after regulatory action last year, as the US firm bolstered numbers with traditional opponents like hotels.

Japan last June introduced a law that requires accommodation hosts to register with the government, capped home-sharing to 180 days a year and left decision-making up to local governments, some of which have imposed restrictive rules.

As a result of the new law, Airbnb listings collapsed from the 62,000 online prior to the change, leaving travellers without accommodation at short notice.

At the end of May listings reached 50,000, Airbnb said at a news conference in Tokyo on Thursday, plus another 23,000 listings by hotels and traditional "ryokan" inns.

The home rental startup said casual hosts still make up the majority of the 50,000 listings in Japan but declined to provide further details or occupancy rates. 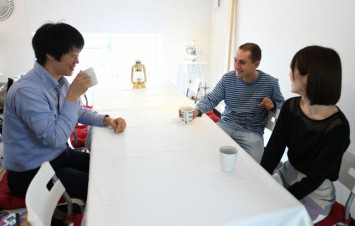 With regulators around the world increasingly regulating short-term rentals, blaming Airbnb for exacerbating already tight housing markets, the startup has been adding listings from hotels and bed-and-breakfasts - establishments that have protested against Airbnb's business model.

On Thursday, Airbnb said it could help revitalise Japan's regions outside of big tourist destinations like Osaka and Kyoto and help drive reuse of Japan's millions of empty homes.

Japan's strict attitude to companies operating in regulatory grey zones has stymied the growth of "sharing economy" startups, many of whom have not been subject to rules that apply to traditional players like hotels and taxi firms.

Airbnb is preparing to go public, following startups like US ride-hailing firms Lyft Inc and Uber Technologies Inc whose market performance has disappointed since listing.

"We really think that our fundamentals are a bit different, specifically we have been profitable for the last two years," said Blecharczyk, pointing also to the territorial reach of the business, which has expanded to 100,000 cities around the world.