AirPods 2 rumored to come in black, have grip coating and deeper bass

MySmartPrice claims to have new information on the upcoming AirPods 2.

One of its trusted sources said that the AirPods 2 will look similar to the current AirPods. However, Apple is said to be releasing the AirPods in black and white this year.

The AirPods 2 could have a grip coating similar to the the one used by Google for the Pixel smartphones. Battery life is rumored to be the same as the current generation. There would be a slight bump of about US$40 (S$54.39) for the AirPods.

Bloomberg reported in February last year that the AirPods would sport an upgraded wireless chip and allow users to activate Siri without tapping the earbuds. 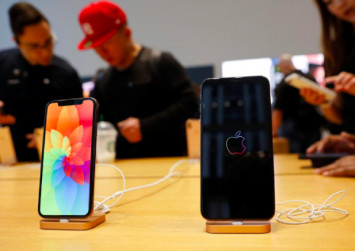 It followed up with another report in June 2018 claiming that a higher-end AirPods with noise-cancellation technology and water resistance would be launched in 2019. Future generations of AirPods are also expected to have biometric sensors.

Reliable analyst Ming-Chi Kuo wrote in December 2018 that "an upgraded model with wireless charging support" would be released in Q1 2019 while an all-new design is set to launch in 2020. DigiTimes also claimed that the AirPods 2 will support health monitoring features.

MySmartPrice also shared details about the AirPower wireless charging mat; it is believed to be slightly thicker than the initial design due to the 8-7-7 coil configuration. There are several "exclusive features" of the AirPower, but they will only be available with the release of iOS 13. It is slated for launch sometime in spring, which corroborated ChargerLab's report that the mass production of the wireless charging mat has started.