Alipay now has an “Overseas Taxi” (境外打车) mini-program in its app, which allows payments in RMB for services provided by Lyft, Gett, Taxify, and Grab.

The first countries to work with Overseas Taxi include the United States, Singapore, Australia, Indonesia, Vietnam, Philippines, Thailand, and the United Kingdom. With the number of Chinese tourists growing every year, it’s quite a shrewd move by Alipay to corner the ride-hailing market for travellers. 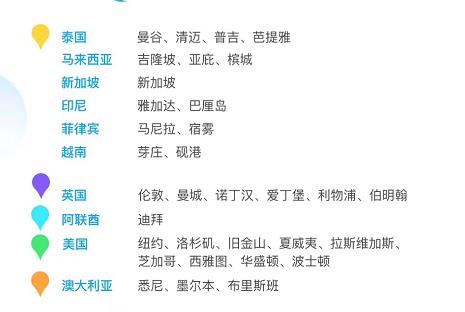 A list of countries currently working with Overseas Taxi

It also means that Chinese travellers don’t have to struggle with language barriers to get around, because the app will display maps in Chinese. It’ll even let them message drivers in Chinese (and call the police, if necessary), though we’re curious as to the quality and accuracy of the translation system.

Alipay plans to roll out Overseas Taxi in over 100 cities in 20 countries later this year.