All-in-one transit apps could be the next disruptor in the land transport sector, following the emergence of ride-hailing services, said Senior Minister of State for Transport Janil Puthucheary yesterday.

Such apps - dubbed Mobility as a Service (MaaS) - would benefit commuters by allowing them to plan their journeys and pay for different transport modes through a single platform.

Similar to journey planners such as CityMapper and Google Maps, MaaS platforms allow commuters to plan journeys across a variety of transport modes, as well as pay their fares.

In some cases, users are able to pay a flat monthly fee through the app and get an unlimited number of rides on public transit - a subscription-based model similar to that of Netflix and Spotify.

Dr Janil was speaking at the 16th International Conference Series on Competition and Ownership in Land Passenger Transport, otherwise known as the Thredbo Conference, held at Nanyang Technological University (NTU).

He said the authorities are taking "as light a touch of regulation as possible" to this new development.

Read Also
No more Uber, so Grab is ramping up its ride-hailing service with these 3 new features 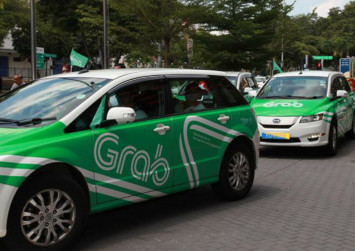 "Allowing space for innovation and competition to develop, allowing people to explore different models, is what we're applying to this nascent development," he added.

At least two MaaS providers have expressed interest in the Singapore market.

In April this year, local start-up mobilityX, a spin-off of transport operator SMRT, launched a trial of its Zipster app here.

Dr Janil said the authorities are sharing transit data with mobilityX - which has more than 6,000 users - to help it improve its product.

Even ride-hailing firm Grab has ventured into MaaS, offering a public transit journey planner as well as e-scooter rentals through its app.

He added that there will be an event dedicated to the concept of MaaS during the Intelligent Transport Systems World Congress in Singapore in October, which the Land Transport Authority is co-organising.

But he noted that how MaaS works in Singapore - where there is already an existing "dense and effective" public transport network - could be very different from how it is in cities where there are higher levels of private car ownership and less public transport ridership.

He suggested that two areas which MaaS providers can perhaps concentrate on are point-to-point transport options, such as taxis and private-hire car services, as well as active mobility modes such as bicycles and personal mobility devices.