Amazon slammed over environmental impact ahead of Black Friday

Pedestrians walking past a store window with a sign announcing the so-called ‘Black Friday’ sales in Paris.

The NGOs Attac and les Amis de la Terre, as well as the Solidaires association of unions, said in a report that the "world according to Amazon is not sustainable".

But Amazon said in a statement to AFP that it rejected the "erroneous" information put forward by the groups, saying their report contained numerous factual errors and speculation lacking foundation.

The three groups pledged to turn the upcoming Black Friday on November 29 into a "Black Day for Amazon" by staging dozens of demonstrations across France to protest the policies of the company.

There were no details on the nature of the demos but Attac has in the past staged unannounced protests outside Amazon facilities.

Their statement accused Amazon of increasing greenhouse gas emissions through rapid delivery services, of destroying unsold products and showing a lack of transparency in its carbon budget.

Putting together information from all the three groups, it accused Amazon of being responsible for 55.8 million tonnes of greenhouse gas emissions, the equivalent of all the emissions of Portugal.

Meanwhile, the report claimed that Amazon's practices involved "considerable waste", with some three million new products destroyed by Amazon in France alone in 2018.

Read Also
Amazon pledges to be carbon neutral by 2040 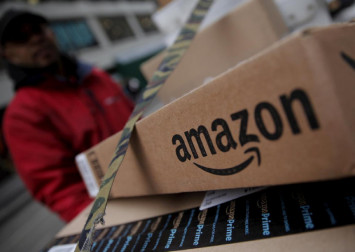 It also charged that Amazon worldwide hired people on insecure, short term contracts, meaning that "for every job created by Amazon, two are destroyed".

The groups also accused Amazon - which has its European headquarters in Luxembourg, of tax avoidance, an issue which has already seen the company in the crosshairs of the French authorities.

The report alleged Amazon hid 57 per cent of its sales in France, a charge denied by the company.

The French parliament earlier this year defied US anger to pass a law taxing companies like Amazon, Google, Facebook or Apple for revenues accrued in the country, even if they are not based there.