Amid online backlash, Lee Bee Wah says she has been wearing tudung for Hari Raya for years

With Hari Raya Aidilfitri arriving in less than a week, you might have already seen various banners getting unfurled in residential estates. You know, the ones involving local MPs wishing their Muslim constituents Selamat Hari Raya.

Wearing traditional Malay costumes as part of their Hari Raya shout-out is pretty standard too, regardless of the politician’s ethnicity. But it was one particular image that had netizens raising their eyebrows: a banner with Lee Bee Wah wearing both a kebaya and a hijab, the headscarf worn by Muslim women in accordance with Islamic standards of modesty.

On social media, reactions towards her outfit have been pretty mixed, though it’s clear that people have strong opinions about the MP’s decision to do so. Some questioned why the MP needed to have a picture of her in the hijab, bringing up issues of cultural appropriation. 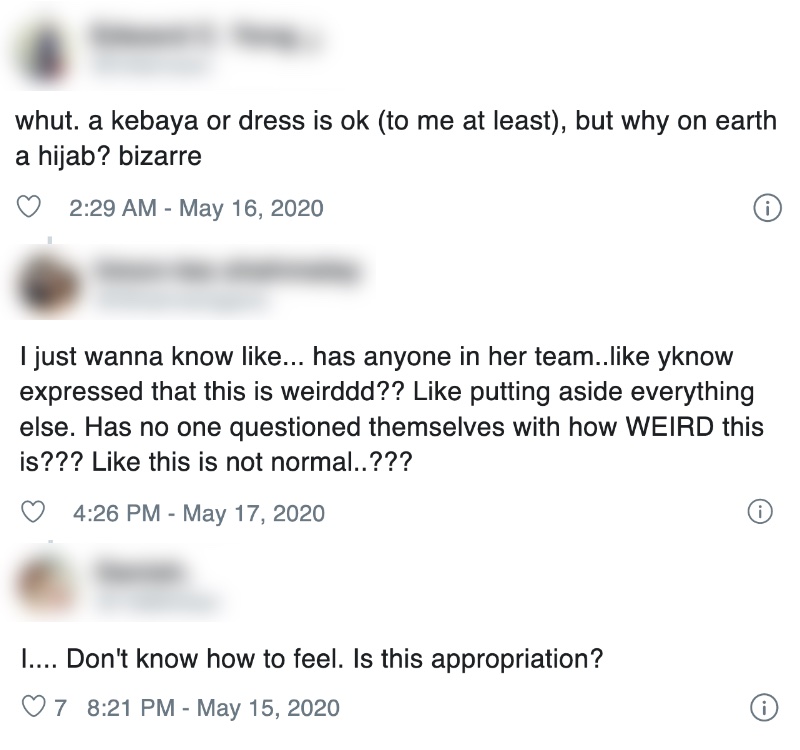 Acknowledging the criticisms, the Nee Soon MP explained that the kebaya-and-tudung combination is her usual outfit every Hari Raya, when she would visit the Ahmad Ibrahim Mosque.

“I normally wear traditional Malay baju with tudung to show respect for their religion,” she clarified in a Facebook post.

“In the initial years, it was the members of the Mosque who loaned me the baju and tudung. I have checked with the religious teacher and also the chairman of Ahmad Ibrahim Mosque, and they said that what I was wearing was OK.”

The MP added that the banner’s picture was actually taken during one of the occasions when she visited the mosque.

I received some feedback regarding a Hari Raya banner that featured me in a Malay baju with tudung. As residents know,...

Past pictures of Lee celebrating Hari Raya with her constituents would show that it was indeed her standard outfit for several years.

Some of the MP's constituents and other netizens have also backed her up on her decision to don Muslim wear.