The idea of man co-existing with dinosaurs has made for some really awesome pop culture moments, and at the heart of it all is the Jurassic Park franchise.

Many of us would have thought that we could do a better job, so Frontier Developments is giving you the keys to the dinosaur kingdom with Jurassic World Evolution 2, the park-building sequel that impresses in some areas but lacks bite in other aspects.

Set after the events of Jurassic World: Fallen Kingdom, we now live in a world when these prehistoric creatures now roam free as part of the larger ecosystem.

Players are tasked to stamp their mark in a variety of modes, but with the many changes and new gameplay elements added, the campaign that acts as a narrative continuation and tutorial is the best place to start.

Together with the Department of Fish and Wildlife, the Jurassic World Evolution 2 campaign will introduce a series of different scenarios and questions that need answering.

How do we ensure that a balance is found in coexistence? Are these animals being treated fairly and well? Is there enough protection against the more vicious predators that now call the modern world home?

Each level brings a different setup in terms of the playable area, the climate, and of course, the dinosaurs involved.

Players will set up their operations, understand the problem, and start constructing parks that are able to house the creatures safely and humanely.

Park management for visitors is not exactly a focus, which is strange when compared to the other modes, but we do get some familiar faces.

Hearing the voices of Jeff Goldblum (Dr. Ian Malcolm), Bryce Dallas Howard (Claire Dearing), and B.D. Wong (Dr. Henry Wu) does increase the immersion, and even the imitation Owen Grady has some fun things to say.

However, it does little to mask that the campaign is short and lacks any strategic challenge, which is disappointing, to say the least.

More fittingly, players can take those lessons learned into the other more robust modes in Jurassic World Evolution 2.

For fans of the film franchise, the Chaos Theory mode will make you feel right at home, and truly test your skills in scenarios familiar to us all.

Dropping you into the worlds of the five movies, it is your opportunity to rewrite history and get a real park up and running.

Every challenge is a complete package, with the visuals and music following that of the particular movie period, even down to the dinosaurs.

This is a perfect chance for players to relive their dreams and memories of their favourite films.

Helping John Hammond succeed in his dream is a surreal experience, and the more you progress through Chaos Theory, the more appreciation you will have of the various creatures that used to roam the Earth.

The appeal of Jurassic World Evolution 2 is the dinosaurs after all, and in this regard, the game succeeds on almost every level.

All of the dinosaurs found in Jurassic World Evolution 2 feel so real and detailed, down to the way they navigate the space around them and go about different activities.

Herbivores lumber around enjoying the vegetation around them, while carnivores go on the hunt as realistically as one would expect from apex predators.

Jurassic World Evolution 2 has gone further in terms of dinosaur realism by allowing each enclosure to house more than just one kind of beast.

Each species has their likes and dislikes, and if you are able to cater to different ones in different areas of an enclosure, then you could potentially create a little paradise full of varying dinosaurs.

For a simulation, it is still very impressive to see such elements move so seamlessly into place and come alive.

The other aspects of park building have also seen some changes, and Frontier Developments has taken some risks.

The ability to speed up time is great, which allows a well-managed park to succeed at a much faster rate or give you the time and space to fix problems.

There is added customisation when it comes to the day-to-day operations too, with design elements of your park and vehicles yours to choose to suit your style.

As for the creation side of things, Jurassic World Evolution 2 now houses it all under the new addition of scientists to give players more flexibility in approaching problems.

These individuals come with different stats in logistics, genetics, and welfare, which can influence many of the park's operations.

You could have a star scientist that does great with expeditions and can find more fossils than anyone, or a great geneticist that can produce the dinosaur eggs you want without failure.

Or more likely, you are going to have a hodgepodge team of starting scientists to get you through the initial stages before looking for better alternatives.

With research, expeditions, fossil extractions, and egg incubation to handle, having a good team can be the difference between a great park and a good park.

Then we also have our precious guests to take care of, which are thankfully less iffy than the dinosaurs.

There are fewer demands to be met, and as long as you can provide them with good accommodation, amenities for food, drink, and merchandise through various interior attractions, and easy access to toilets and shelters, you should be all ready to rake in the money.

Just make sure you have the more attractive dinosaurs milling about in the park.

Having said that, there are still some hiccups that will crop up along the way. The game takes micromanagement to a whole other level, which is simply quite annoying on the harder difficulties.

The dinosaurs are more susceptible to injuries and illnesses, which is understandable considering the circumstances, but it does not make sense that players have to manually get a medical team to check out what is wrong, and then go through the hassle again to medicate the injured creature.

For worse injuries, there is also a need to tranquilise and then request for transport to the medical centre for treatment, and then back again once the beast is healed.

These are trained professionals at work, surely you do not need to know that an injury needs treatment after you have scanned the creature? 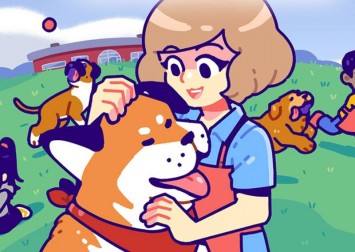 The game does provide a solution of sorts using genetic modifications to make dinosaurs more resilient as well as other characteristics, but the frustration never goes away as things will still go awry anyway.

And, all of your medical and emergency response teams need help restocking supplies and refuelling, which just adds more clicks of frustration for any would-be park builder.

That is not all, with electricity being a big headache in Jurassic World Evolution 2 as well.

Generators can be placed anywhere to provide power, but they require gas to run and it becomes a costly endeavour to keep them running all the time.

If you turn to power stations, then you have to worry about getting enough power, substations, and repeaters to cover the entire power. Power and staff management on this level is simply egregious.

The situation is made even worse when inclement weather occurs, with storms knocking out power, destroying facilities, and letting the dinosaurs loose.

It should be a challenge, but the amount of problem-solving that has to be done in stretches is not good fun, especially if you are already running a tight ship.

And for all the good the scientists bring, they can become tired and disgruntled. The solution is to let them rest, but it will cost you time and $75,000 every single time.

For every good thing that Jurassic World Evolution 2 introduces, it seems like the developers are hellbent on giving players another problem to solve.

As a park builder, the main focus should have always been on the magnificent dinosaurs that we can bring to life.

Much of the frustrations can be eliminated in Sandbox mode, but it is only a part of a larger experience that should have worked more smoothly.

Unfortunately, Jurassic World Evolution 2 is stuck in a back-and-forth that never truly hit the heights it was meant to be, especially when you have the new marine and flying dinosaurs joining the mix.

Just like the process of reviving these creatures, the game remains a work in progress, and hopefully, we might see its full potential one day.

Jurassic World Evolution 2 is available on Steam for $54.00.

Jurassic World Evolution 2 is a sequel that adds much to be excited about but dampens it all with some mind-boggling gameplay design decisions that frustrate and annoy.