Should the current US-China trade war continue to escalate, Apple’s primary manufacturing partner Foxconn assured that it is able to produce all US-bound iPhones outside of China.

Young Liu, the head of Foxconn’s semiconductor division, mentioned at an investors’ conference yesterday that his company has the capacity to meet Apple’s demand, reported Bloomberg.

Right now, 25 percent of Foxconn’s production capacity is outside of China, Liu said, and Apple has yet to instruct the company to move all of it out of China. 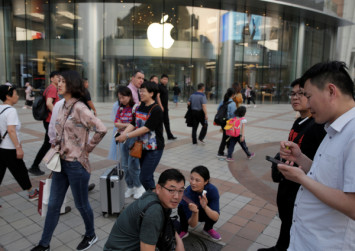 The executive also added that Foxconn will respond swiftly and rely on localised manufacturing if need be — in fact, investments are now being made in India for Apple.

But the main takeaway from Liu’s comments is that the supply of iPhones will not be affected by the ongoing US-China trade war, which has been a major concern for investors.

China still remains a vital market for Apple too, being both its largest international market and the source of Apple’s devices.