The circle is now complete.

This move, which is available in beta now, allows Android users to securely transfer a user’s full WhatsApp library of messages, videos and videos securely. The beta roll out started yesterday (June 14), but will be available in phases and will take about a week before being available to all users.

“We’re adding to WhatsApp the ability to securely switch between phones and transfer your chat history, photos, videos, and voice messages between Android and iPhone while maintaining end-to-end encryption. This is a top requested feature. We launched the ability to switch from iPhone to Android last year, and now adding Android to iPhone as well,” said Mark Zuckerberg, founder and CEO, Meta. 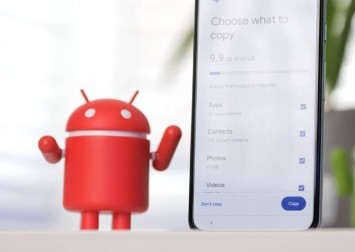 Due to the secure data management used by WhatsApp, it was previously only possible to move entire chats from one Android to another Android device, and from iOS to iOS device. The move in August 2021 enabled Samsung Android users to move their WhatsApp chat from iOS to select Samsung phones, and WhatsApp users looking to switch from Android to iOS have been left waiting for this option, or make the switch without migrating their WhatsApp data across ecosystems.

The only catch is that this functionality is only available under Apple’s Move to iOS app, which supports the migration of data between devices when setting up a new iPhone. During the set-up of a new iPhone, Move to iOS provides the option to transfer data from an Android device to the new iPhone, including contacts, email accounts, calendars, and now, WhatsApp.

The app provides a one-time set-up for new phones, which means that those who want to make the switch to their existing iPhone will have to back-up their devices in iCloud, and do a fresh set-up. Those who make the switch will now be able to back up their WhatsApp data to iCloud, instead of their Google accounts.

You can read this for more details, and head here if you run into problems.