An anonymous tipster on Twitter, who has a decent track record of Apple leaks, shared details on the company's upcoming products which include the iPad Air with in-display Touch ID.

According to the tipster, the upcoming iPad Air is expected to have a Mini-LED screen with no notch or Face ID. It will come with an in-display Touch ID.

Bloomberg reported in September 2019 that Apple is developing in-display fingerprint technology for the next generation iPhone models. It won't be a surprise if Apple decides to use the same technology on the iPad Air.

This is in line with what analyst Ming-Chi Kuo reported in early March; six new Apple products with Mini-LED displays are expected to be launched this year which include a 12.9-inch iPad Pro, a 10.2-inch iPad, a 7.9-inch iPad Mini, a 16-inch MacBook Pro and a 27-inch iMac Pro.

Read Also
iPad-like design coming to the next iPhone, smaller HomePod in the works 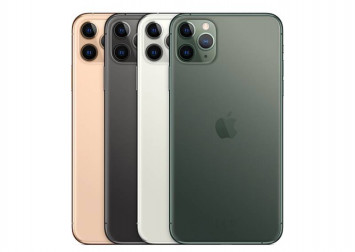 However, a recent report by analyst Jeff Pu suggests that the launch of the 12.9-inch iPad Pro could be delayed until early 2021.

This corroborates recent reports of a new AirPods Lite model, and iPhone 12 models with a smaller notch and a new colour option.