Apple has decided to appeal against Judge Yvonne Gonzalez Rogers' ruling in the case of the recent Epic Games lawsuit.

Though it largely won the case, it did lose in one big way.

Apple said in its appeal:

"Apple asks the Court to suspend the requirements of its injunction until the appeals filed by both Epic and Apple have been resolved. The company understands and respects the Court's concerns regarding communications between developers and consumers.

"Apple is carefully working through many complex issues across a global landscape, seeking to enhance information flow while protecting both the efficient functioning of the App Store and the security and privacy of Apple's customers.

"Striking the right balance may solve the Court's concerns making the injunction (and perhaps even Apple's appeal itself) unnecessary. A stay is warranted in these circumstances."

Primarily, Apple is arguing that providing an outside link is "fraught with risk" and that it needs more time to implement the rules. 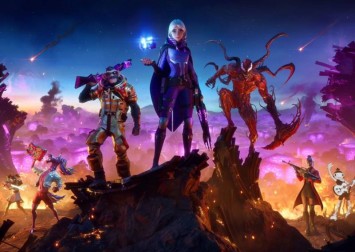 "The requested stay will allow Apple to protect consumers and safeguard its platform while the company works through the complex and rapidly evolving legal, technological, and economic issues that any revisions to this Guideline would implicate."

Apple also argues that it cannot protect users from fraud if it allowed developers to provide links to external payment systems.

After the ruling last month, Apple did not say if it would appeal though Epic immediately said that it would.

However, as I have written previously, Apple can't have been too pleased about this since it means potentially losing billions in revenue.

Although Apple doesn't disclose exact figures, analysts say it made around US$19 billion (S$25.8 billion) for Apple last year.

Money aside, Apple would also lose some control over the App Store, a business it has held an iron grip over ever since its inception.

This could encourage others to take on Apple in future lawsuits.

At any rate, this case could drag on yet.

The appeal will be heard on Nov 16.