To meet Apple's environmental goals, the USB power adapter will no longer come with the Apple Watch.

To meet its environmental goals, Apple has announced that it won’t be shipping a power adapter with the new Apple Watch Series 6, Apple Watch SE and Apple Watch Nike.

Even the 2017 Apple Watch Series 3, which Apple still sells because it's still good, won’t come with one moving forward. 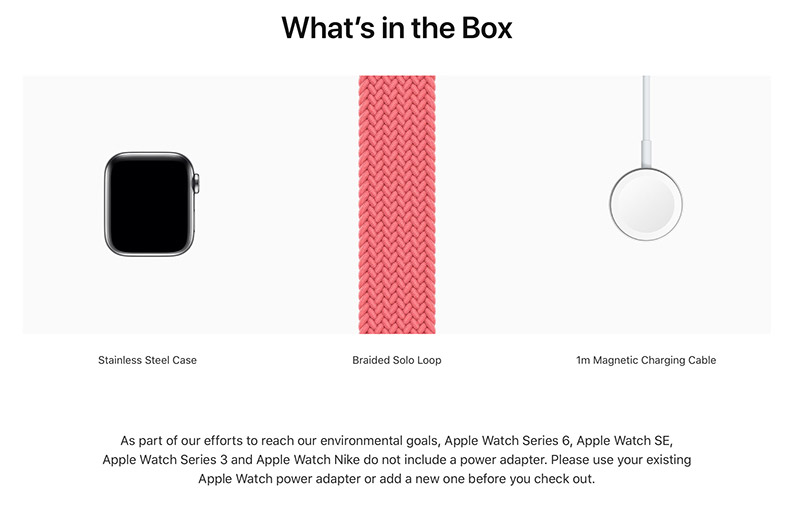 That said, as noted by Bloomberg’s Mark Gurman, Apple does continue to supply a tiny 5W USB adapter if you were to buy the higher-end models, namely the Apple Watch Edition and Apple Watch Hermès.

Just so you know and don't be too surprised when Apple pulls the same move for the iPhone 12.