Music streaming service Spotify Technology SA pays Apple Inc a 15 per cent fee on about 680,000 of its 100 million premium customers, Apple disclosed in a response to Spotify's complaint with European antitrust regulators.

Premium customers pay a monthly fee or are in a free trial of Spotify's premium service, which is ad free. Spotify has a total of 217 million customers including users of its free service.

Apple competes directly with Spotify with its Apple Music service. In March, Spotify filed a complaint with European Union regulators saying that Apple's control of the App Store, including fees it charges for taking payments through the store, had made it unfairly difficult for rivals to compete for music subscribers.

Apple charges a 30 per cent fee for in-app purchases made through the App Store, a fee that drops to 15 per cent on subscription purchases after one year. 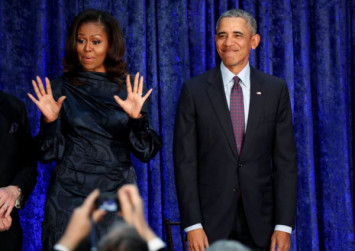 In exchange, Apple handles all the mechanics of billing and payments in more than 100 countries. But in Apple's response to Spotify's complaint, Apple said that Spotify does not currently pay a 30 per cent fee for any of its premium users and that only a small fraction are affected by its fees.

Apple said that Spotify used its App Store billing system between 2014 and 2016.

Because the 680,000 premium Spotify customers who signed up during that period have all been paying for more than a year, Spotify pays Apple the lower 15 per cent fee on them, Apple said in its response.

Apple also said that Spotify has paid it nothing for premium subscribers who signed up during the past three years because Spotify has not used Apple's in-app purchase system.

Spotify declined to comment on the figures. Apple filed its response on May 31, but the documents were not made public. German newspaper Der Spiegel earlier reported the figures from Apple's response.

Spotify's complaint to regulators also included allegations beyond Apple's fees, including steps that Spotify said Apple took after it quit using the App Store's payment mechanism. The company pointed to tightened App Store rules after 2016 that bar app makers from providing links or buttons to external web pages showing users how to pay for an upgrade to premium subscription outside the App Store.

"Promotions are essential to our business. This is how we convert our free customers to premium," Horacio Gutierrez, Spotify's general counsel, told Reuters in March.

Spotify also in its complaint said that Apple does not allow Spotify on HomePod, Apple's smart speaker.