The Apple Inc. logo is seen hanging at the entrance to the Apple store on 5th Avenue in Manhattan, New York, US, on Oct 16, 2019.

After years of zig-zagging developments and a change of leadership, it appears that Apple may well be crystallising its plans for its first ever electric vehicle. And it is going to be autonomous.

The exciting update was made known by a Bloomberg report, which stated that the tech giant is now ramping up its efforts towards a projected launch in 2025. Codenamed 'Project Titan', it was previously unclear if the vehicle would either be fully autonomous, or have some self-driving capabilities with limited steering and acceleration - more in line with what Tesla and direct rival Google have been doing. The report now confirms that Apple has set its sights firmly on the former.

The 'Apple Car' (the actual name is currently still under wraps) is apparently envisioned to have no steering wheel and pedals to offer a completely 'hands-off' driving experience, although an 'emergency takeover mode' should be present.

Naturally, given Apple's nature of product expertise, infotainment will also feature heavily in the electric vehicle, and be integrated closely with the company's devices and services. Contrary to earlier indications, the car is likely to be targeted for private use rather than for fleets.

Aside from the fact that Apple has had no concrete experience thus far in carmaking, a timeline of four to five years is seen by many as extremely optimistic, considering that fully-autonomous vehicles have been notoriously sticky business for all who have dared to venture into the field.

Bloomberg's report indicates that the Silicon Valley giant has been building its own dream team by pulling in talent from everywhere within the industry, including Tesla, Daimler and Volvo, to bolster its progress. It is likely that this will continue. 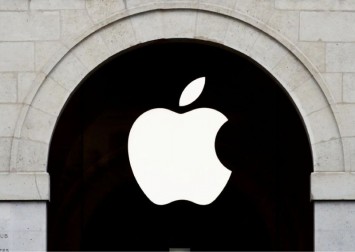 Apple is also apparently already finalising the technology required for self-driving and true to form, has engineered the requisite chips to power the vehicle. As with most autonomous driving technologies so far, however, the biggest hurdle still remains: The issue of safety regulations.

While doubts still linger (and fairly so), there is hope that current Project Titan-leader, Peter Lynch, will help to keep the foot on the pedal so that the EV eventually sees the light of day.

In spite of his virtually non-existent experience in the automotive field, the presence of Lynch in the project is being viewed positively by observers, considering that he was a key figure in the compelling success of the Apple Watch, a product that many had not expected to take off.