For many fans of single-player, self-contained experiences, look away. Ubisoft has officially confirmed the next entry in the long-running series, Assassin’s Creed Infinity, will be a live service game that will receive persistent updates.

Taking across multiple historical settings, players will have more content to consume as time passes. First outed in a report from Bloomberg, Ubisoft has since confirmed the project’s existence and aim via a blog post.

Assassin’s Creed Infinity will be a joint venture between Ubisoft Montreal and Ubisoft Quebec, with the two studios looking to “guide, grow, evolve, and define the overall future of Assassin’s Creed.”

Considering the size and scope of recent entries like Assassin’s Creed Valhalla, this seems like the logical move, even if it might be unpopular among fans. With constant updates to be expected, Assassin’s Creed Infinity will be larger in scope, and will take place across several time periods.

Read Also
Netflix is reportedly looking to expand into videogames 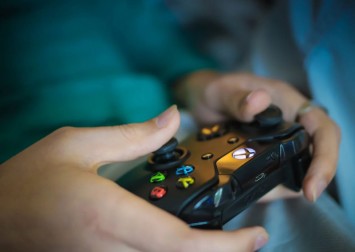 “Rather than continuing to pass the baton from game to game, we profoundly believe this is an opportunity for one of Ubisoft’s most beloved franchises to evolve in a more integrated and collaborative manner that’s less centered on studios and more focused on talent and leadership, no matter where they are within Ubisoft,” said Nathalie Bouchard, managing director at Ubisoft Quebec, and Christophe Derennes, managing director at Ubisoft Montreal, in Ubisoft’s blog.

“Most importantly, Assassin’s Creed has always been developed by multicultural teams with various backgrounds and perspectives that have influenced the depiction of its characters, locations, and cultures. While we know there’s always room for improvement, we believe this new structure allows us to ensure that diversity and representation within our teams continue to grow and match that of our players.”