As Asians, the know-how to cook rice should come as naturally to us as, say, breathing.

Thus why we would get pretty fired up when watching someone managing to mess up such a simple, elementary process.

An injustice to the Asian staple has been a talking point on social media over the past few days, in which a BBC Food video on how to cook fried rice showcased a pretty bizarre method of cooking rice.

In a video hosted by British cook and presenter Hersha Patel, her unorthodox technique involved tossing raw rice grains and water straight into a pot, leaving it to boil, stop cooking it halfway, using a strainer to drain excess water, before finally rinsing the semi-cooked rice under tap water.

Safe to say, our mums, grandmothers and ancestral matriarchs would probably like to have a word with Patel.

When all you can think about is Chinese takeaway, watch this video and you'll be making your own egg-fried rice before you know it! https://www.bbc.com/food/recipes/eggfriedrice_67782

It's even more bewildering when you realise that BBC actually published a video on the correct procedure — rinse the raw rice to get rid of excess starch, toss it into a pot with water, put it to boil with the lid on, and just leave it alone until all the water has been absorbed.

Patel’s crime against rice, however, has been such a huge controversy that the BBC Food video resurfaced recently despite it being published in April 2019.

It's perhaps due to a video by UK-based Malaysian standup comedian Nigel Ng, who put on a parodic persona called Uncle Roger and reacted to Hersha’s cooking process.

Funnily enough, the same Uncle Roger had also put out a video on how to cook rice properly — by using a rice cooker.

Uncle Roger want to know: Do you have rice cooker? If no why you so failure? ⠀ ⠀ #ricecooker #uncleroger #rants #asianpride #ricebowl

Comments left behind on the original BBC Food video show that Ng is not the only one horrified by the rice-cooking guide made by the professional cook. 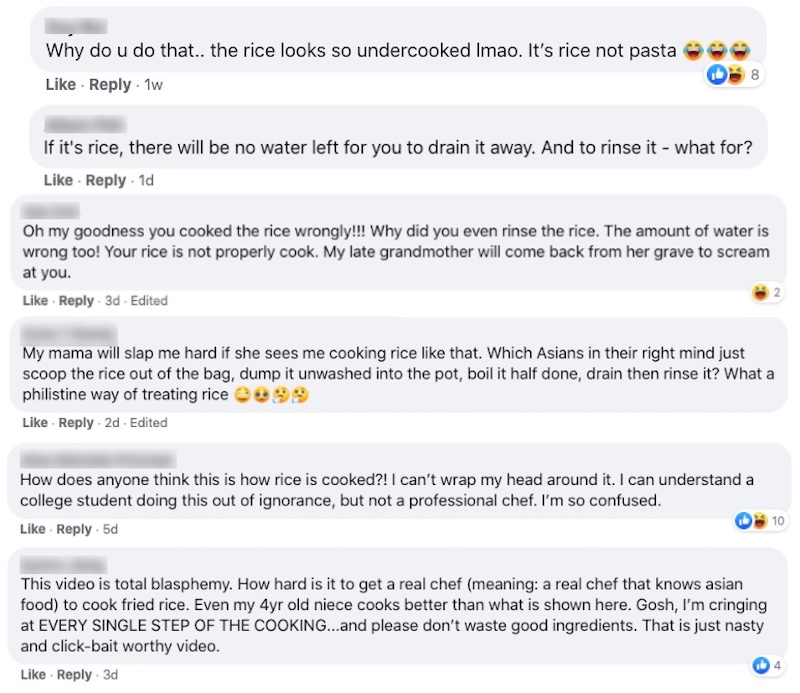