A beginner’s guide to film photography: Where should you start?

The ebb and flow of photography is a captivating mystery that gets film enthusiasts hooked for no obvious reason.

With the tremendous growth in technical capabilities of a digital camera such as 4K video shooting and 100-megapixel sensors, it is bewildering why film photography is gaining traction again in recent years.

I researched my way through articles and podcasts before coming to a quick conclusion — digital is simply too convenient.

Film photography, rising from the ashes?

I think it is safe to say that many of us have tried our hands at a digital camera. They are fun, easy and quick. From compact cameras to a fully decked out DSLR, you snap away and get all your photos snapped into a micro-SD card that is easily kept away. It is fast, and in fact too fast that you don’t get to enjoy the moment when you snap the image.

Film photography, on the other hand, requires days, or even weeks to get your negatives developed and print. So why are people still obsessed with travelling back in time on this front? 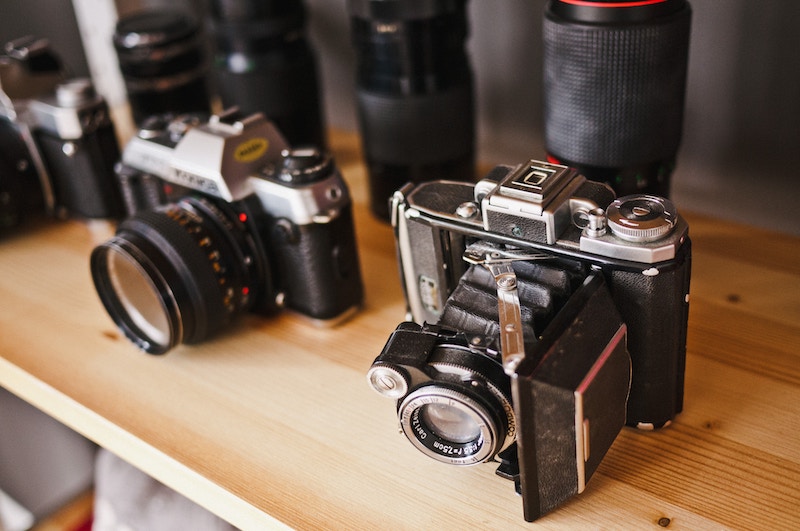 It is the excitement and anticipation of uncertainty. You can’t predict how the roll of film will be, and you can’t retake that shot of that moment.

Digital photography took away the nuances of film photography and what was left is a comparatively easier user experience. Film photography allows the photographer to work his/her imagination of the shot, how to execute and frame a shot, the natural lighting conditions, and even the exact moment before hitting the shutter. And you leave the rest to time.

Of course, digital photography is still the way to go if you need a convenient way to shoot, especially if it is for work. If you are looking to pick up film photography, this is how to get started. 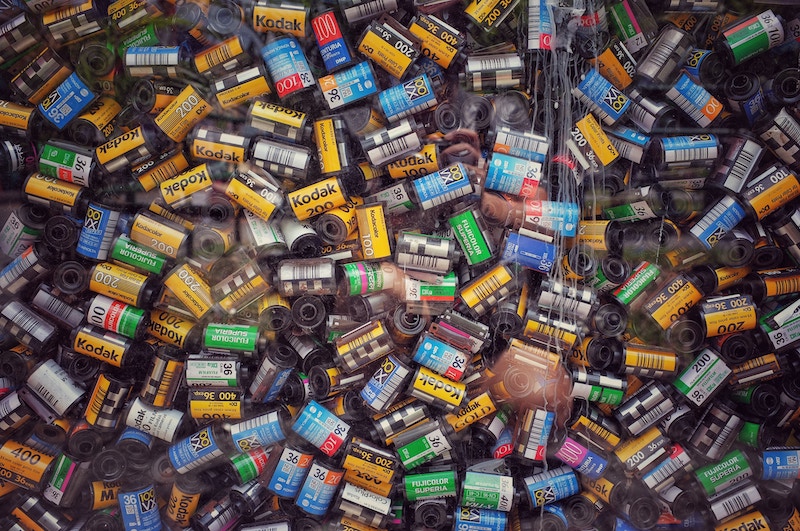 Of all the advice one can give about starting on film photography, research and knowledge would be the single most important piece. There are tons of articles online about the intricacies of film photography that may be too technical to understand. But simply put, film cameras are known to face issues like battery leakage, overexposed film when you’re taking it out, and overall lack of waterproofing.

So if you have your eyes fixed on a camera, go in-depth on your research for that. Otherwise, you can choose to rent one or start with a disposable film camera.

Rent a pre-owned film camera or get a disposable one 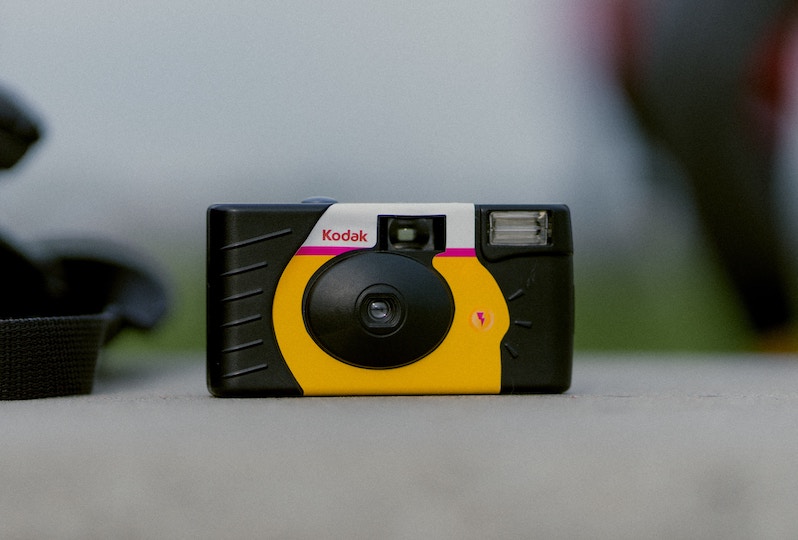 Film cameras are pretty heavy and you might find it to be a hassle bringing it around for the entire day. If you are just beginning your journey with film cameras, I suggest renting or borrowing it from a friend for a quick spin on it. Get a true hands-on experience before cashing in on one.

The switch from digital to film is a greater difference than most assume, but if you are really keen to get one, then go for a pre-owned one that can cost anywhere from $50 onwards.

Cost is a huge contributing factor in film photography. There is no one-size-fits-all, and to find a suitable film that fits your camera and shoots great under natural and low light can be costly. Developing the photos is another additional cost to the table and finding professionals that can keep the best essence of your film is another issue too. So if you are ready to face the inconveniences to relive the film age, then read on and find out the best that you can get!

Best film cameras to get

Before I continue, the “best” in this context refers to the best fit for that category with a beginner in mind rather than a best overall camera. There are tons of film cameras around that work for various situations, and these are just the ones I believe would be best for you.

Also, most of these cameras are no longer in production and the items listed are mostly pre-owned, so prices may vary for buyers. 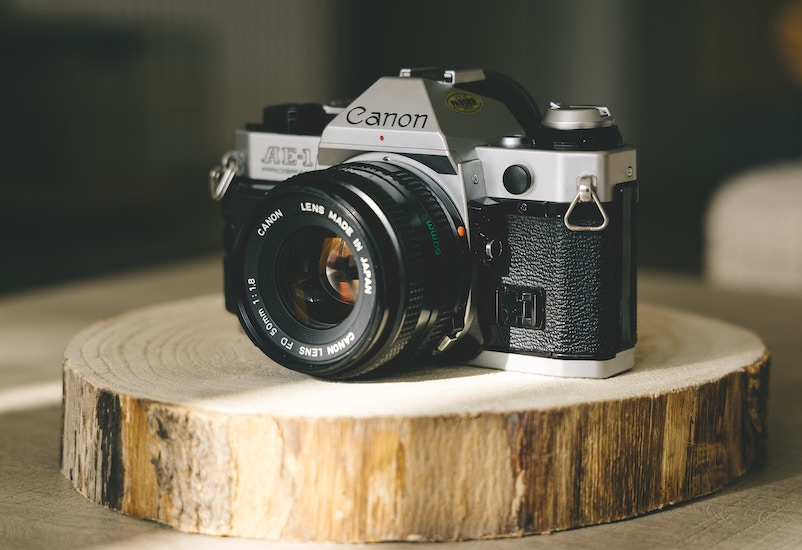 Even though the Canon AE-1 was only in production for less than a decade, it remains one of, if not, the most popular 35mm film camera to date. It was and still is affordable and was considered as the one camera that bridged the gap between professionals and hobbyists at that time.

You will need batteries to power the electronically controlled focal plane shutter, which feels great to touch and click. However, the camera’s body is mainly made with plastic and might end up feeling a little “cheap” and “fake”. But trust me, the photos taken are anything but cheap.

This is one of the best cameras you can get in this price range and is great for beginners to the game. 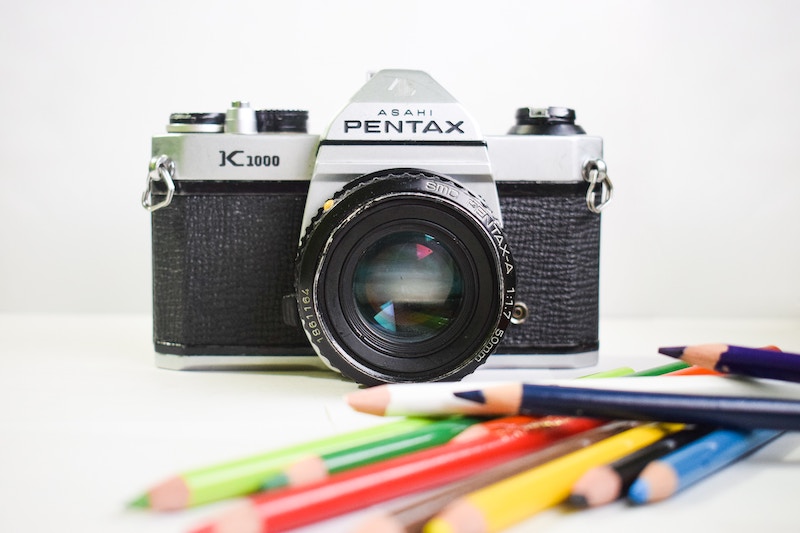 I personally think this is more suitable for those who are fully committed to learning the intricacies of film photography. You should have some basic knowledge of film photography as the Pentax K1000 is a fully manual camera with no depth of field preview, no self-timer, and operates without batteries.

But it is simple and fuss-free to use with a large collection of lenses to choose from. This particular model has survived the ages due to its popularity amongst students and teachers as it forces you to plan for the photo before taking it. 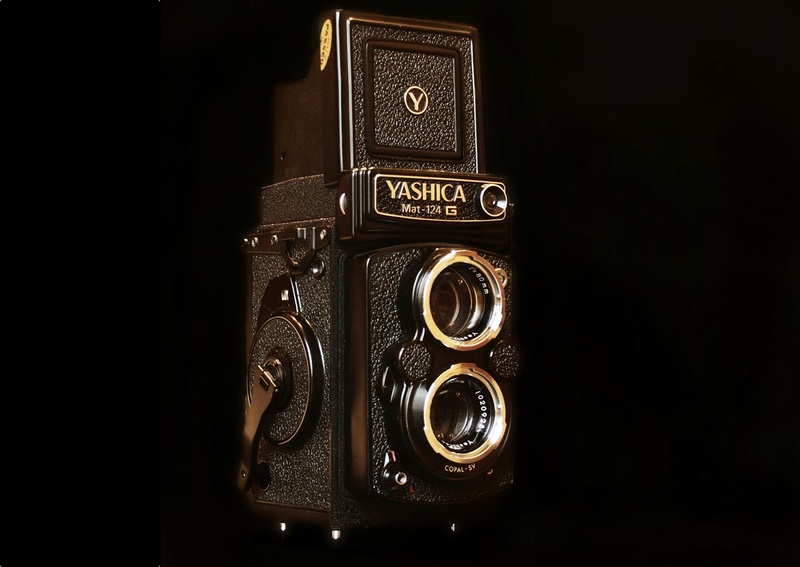 Medium format cameras are simply amazing. They look vintage, classy and yet futuristic all at the same time. This type of camera feature a special double-lens design – the bottom lens works for the actual photo-taking, while the top lens helps the photographer to view and compose the image.

Twin-lens reflex (TLR) camera encourages photos to be taken from waist level and gives a fresh new take on an everyday object, coupled with a shallow depth of field effect. TLR cameras are hard to get used to but a true joy to indulge in once you get the hang of it.

We hope this has helped you get started on your epic film journey!