Despite the gloomy, forbidding skies glowering over Marina Bay like a bad omen, Volocopter managed to conduct a maiden test flight this afternoon (Oct 22) — if only for a brief moment before the rain started pouring again.

The prototype airport is located on the Float @ Marina Bay and hosts a static Volocopter 2X vehicle for display. 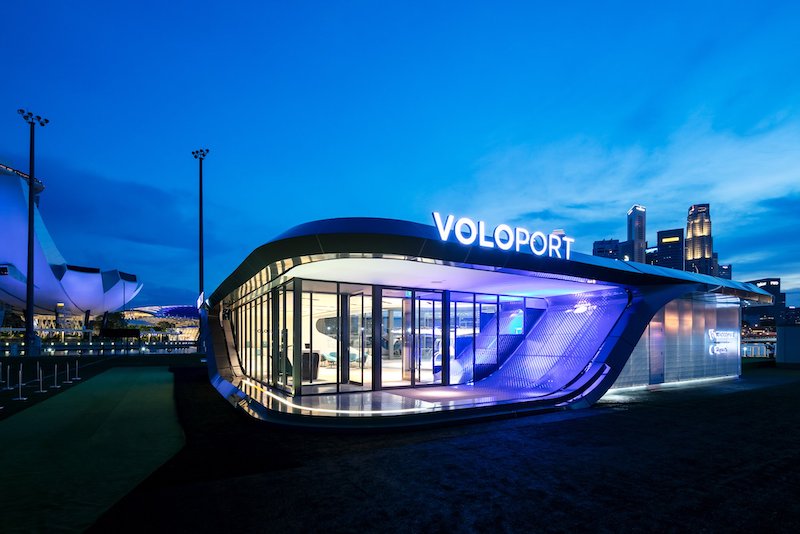 As you can see from the tweets by Engadget Senior Editor Richard Lai, the heavy rain very much dampened the start of the event.

Fortunately, the rain ceased just in time for an opening ceremony before the test flight kicked off at around 12pm.

The actual vertiport located across the bay will be used for live flight trials for on-demand air taxi services before it actually launches for real — something that's estimated to take flight from 2022 onwards. With heavy rain threatening to start again, the egg-shaped electric vehicle took flight, hovering over the Singapore River cautiously for about two to three minutes before flying back to the landing site.

Lifeboats stood by at the river just in case anything went wrong during the public demonstration with reporters and VIPs in attendance.

Considering the bad weather, it's surprising that the demo took place in the end. Volocopter probably has the Singapore otters to thank for blessing the VoloPort with their presence on Sunday.

Mysterious 5 Otters Super excited to go for the very first Drone Taxi flight experience in Singapore. The Public showcase is scheduled for tomorrow.

Speaking at VoloPort’s unveiling yesterday, the firm’s chief executive Florian Reuter told reporters that flight trials of the air taxis will be conducted with pilots aboard first before eventually trying for autonomous runs. 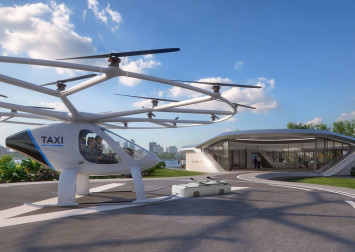 “The VoloPort is an important step towards establishing an entire air taxi solution in Singapore,” says Duncan Walker, Managing Director of Skyports.

“Skyports has identified a number of potential VoloPort locations and air taxi routes across the city-state.”

The maiden test flight today may have been successful, but you’ll probably have to wait out a couple of years before on-demand air taxi services become a reality here.