Imagine working a day job and leaving the office every evening to even more work - in this case, developing a full-fledged video game.

That is what Singapore-based Filipino Mark Fillon has been doing.

The 33-year-old works in a local advertising agency in Chinatown, making television commercials and radio advertisements.

The game, which has been in development since late 2017, is about a private investigator who has set up shop in Chinatown in a futuristic dystopian cyberpunk Singapore.

"So I will do my nine-to-five (job). After that, I will go home and spend three or four hours with my daughter before I put her to bed. And then I will sacrifice some sleep and work all the way to the wee hours of the morning on the game," says Mr Fillon, who has been working in Singapore for close to five years.

His wife Maria, also a Filipino, works here as a clinic manager. They have a three-year-old daughter.

He says his weekends are completely dedicated to the development of CDA.

Working with him at GI are two other key people - lead programmer Jenny Hide, who is based in Britain, and art director Ricardo Juchem, who lives in Brazil.

"I have been working with Jenny for almost four years, but I have never met her in person. And this is our second game together," Mr Fillon says.

They do video calls and communicate using Google Hangouts.

The first game they worked on, Terroir, is a wine-making tycoon game released by GI in 2017. 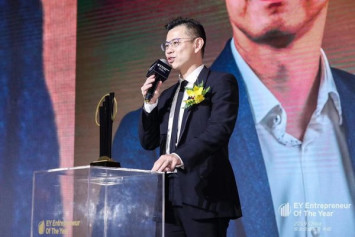 As for Mr Juchem, Mr Fillon first connected with him via Twitter, having been impressed with his pixel artwork.

"I kind of sweet-talked (Mr Juchem) into doing the artwork for this game," he says.

Mr Juchem, who does all the artwork for CDA, has never visited Singapore until October last year.

Also working on the game is an animator and music composers who are based in other countries, such as Belarus and Canada.

Mr Fillon says the good thing about this game's development is that it is not consistent in terms of its work demands, as there are lull periods he cannot do anything when there is no artwork.

On why he decided to set the game in Singapore's Chinatown, he says: "In my mind, Singapore would make an amazing setting for a cyberpunk story because it is futuristic and the Government is doing a great job in running the country."

With the CDA's main premise being the world's governments having collapsed, Mr Fillon wonders what will happen to a country like Singapore if the people are left to their own devices.

He says the biggest challenge in developing CDA is the writing. 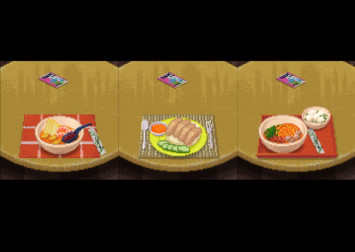 "Writing and capturing that unique Singaporean style of speaking and expression is challenging to a foreigner, but I wouldn't do it any other way," he says.

He has been bugging his colleagues to teach him to speak Singlish and the nuances of everyday speech here.

For CDA, he hired Singaporean voice actors for the dialogue of the game's main characters.

On whether the use of Singlish will turn off international audiences, Mr Fillon does not think so.

"When we show (US and European audiences) the game, a lot of them were intrigued by the way people speak, the locations and the food in the game," he says.

Mr Fillon says doing research and learning about Singapore is the most enjoyable part of making this game.

"Looking through the archives and reading old newspapers to get an idea of the mood and the zeitgeist of the nation through the years is truly enjoyable."

CDA has so far been self-funded.

The profit made from GI's first game has gone into the development of CDA, while Mr Fillon has also chipped in with his own money. 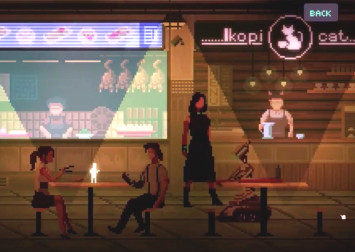 However, there will be a Kickstarter crowd-funding campaign to raise money for CDA later this month with a target of US$40,000 (S$55,700).

The money will be used to pay for "licensing, sound effects, music composition and event expenses".

The CDA Kickstarter campaign is scheduled to run from March 26 to April 27.

The game is expected to launch on the Steam PC store at the end of this year.