Call of Duty: Warzone Mobile opens pre-registration ahead of next year's launch

What, another Call of Duty franchise? Well, it freshens things up (kinda) if you are a Battle Pass regular.

The Call of Duty franchise jumps on the mobile Battle Royale train with Call of Duty: Warzone Mobile.

Much like the rest of the franchise, Warzone Mobile features cross-progression enabling a shared Battle Pass to incentivise play and to keep things fresh.

Co-developed by Activision Shanghai Studio, Beenox, Digital Legends, and Solid State Studios, Activision has just started pre-registrations for the Android version (free) ahead of the worldwide release in 2023 (Android and iOS).

Much like other battle royales, Warzone Mobile is a winner-take-all survival slugfest. Warzone Mobile features up to 120 players per round, and has unique mechanics that keep it in line with the CoD franchise.

This includes the ability to engage enemies on the ground and in the sky with a variety of vehicles; Buy Stations have also been confirmed to be scattered throughout the map so that players can purchase enhancements for their weapons.

Optional mini-missions in the form of Contracts will also enable you to gain the upper hand on the competition.

There's also a second wind mechanic; if you get eliminated, you get to face off an opponent in a 1v1 winner-takes-all gunfight in the Gulag. If you win, you redeploy back into the match.

At launch, the Verdansk map will appear on mobile for the first time, while AL Mazrah (Warzone 2.0) will arrive in the future.

Deeply connected to the core games

Warzone Mobile features many of the same weapons and Operators from Modern Warfare II and Warzone 2.0. 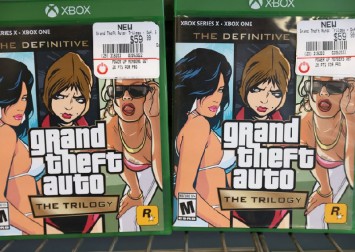 The cross-progression mechanic enables you to advance your Battle Pass across the three games while weapons and operators unlocked in one game will be made available for the other games.

In addition, friends lists and chat channels will also be shared across all platforms.

You can pre-register at the Google Play Store; if the community rallies and global pre-registration player milestones are met, you can also expect to receive "a number of impressive rewards" at launch.